Behind the Scenes: What is Foil Printing?

The Art of Foil Press

What is foil printing? You may have heard your friends throw this term around when discussing their Christmas card plans, or stumbled upon it for the first time when browsing our foil-pressed save the date cards. Foil printing is the process of binding foil to the surface of paper in order to create luxurious and gleaming designs. While foil-pressed products today are mostly recognized as high-end stationery, most people are not familiar with the rich and centuries-old history of foil printing practices.

Present day, foil printing has many different names and can refer to slightly different processes. At Minted, we use real metallic foils hand-pressed with a hot stamping technique onto luxe paper to create customizable stationery that is perfectly smart, stylish, and elegant.

And Ever by AK Graphics

Foil pressing, foil printing, foil blocking, foil stamping, hot stamping, cold printing – all of these terms refer to the process of transferring specialized foil onto paper for an embellishing effect. Foil pressing methods have existed for hundreds of years, beginning with hand-set gold leaf decorating. The first known account of this is twelfth century gold leaf decorations on bible covers from Morocco. Other antiquated foil press techniques involved hand-setting gold leaves into calligraphy or letterwork on bound manuscript covers or leather book covers and foil pressing from custom-built engraved metal plates. All of these techniques were extremely labor intensive. Overall, the most common use of foil pressing was on book covers.

Books and manuscripts used to be rare commodities, as they had to be hand-copied or reproduced by tedious, page by page wood printing methods. In the fifteenth century, Gutenberg’s movable type printing press made the mass production of books possible. When this happened, the desire for foil-pressed detailing dramatically rose as well. Because of this, people began to think of more clever ways to do foil pressing in order to match the demand.

In the 1830s, Americans realized that hot stamping, a form of foil pressing, gold foil into cloth book covers was more effective than printing black ink onto cloth – ink will run, but foil will not. In the 1880s, the technique of hot stamping silver onto cloth book covers developed. This broke away from the stereotype that foil pressing primarily used gold foil. Additionally in the 1880s, Ernst Oeser invented the first modern foils for foil pressing. These foils were composed of metallic material and color instead of using real precious metals like gold and silver.

How is Foil Pressing Done?

Modern foil pressing methods begin similarly to that of modern letterpressing. To begin, a design is created or uploaded onto a computer. Then, the design must be printed as a film negative. This film negative is laid on top of a metal plate that is sensitive to UV (ultraviolet) light. Next, a UV light is turned on. The film negative allows UV light to touch the exposed parts of the metal plate without affecting the other parts. After a while, the metal plate must be washed and put in a special acid bath. When this is finished, the desired design remains raised on the metal plate as the unexposed parts were etched away. This stamp-like creation is called a die, and is the specialized tool used for hot foil pressing.

Once a die is created, it is heated up inside of a hot stamping press. The desired foil is inserted between paper and the die. Foils used for modern foil pressing have a “release,” or a layer of a glue-like substance that enables the foil to stick to a “substrate,” like paper, when heated. The hot die heats up the foil and allows it to bond to a paper’s surface, resulting in the finished product.

Like letterpressing, this method can only press one sheet of foil into a piece of paper. Therefore, if a product requires more than one kind of foil, separate die with unique designs are needed for each kind of foil. Each piece of paper will go through the press once with the first die and the first foil. Then, the press must be reloaded with the next die and the next kind of foil. Then, the paper must be fed through again. This process will be repeated as many times as the number die you have.

Foiling die are an indispensable part of the hot foil pressing process. They are predominantly made from one of three materials.

Additionally, there are three different types of foiling die.

Hundreds of years ago, real gold leaves were most popular for foil pressing. Present day, the use of real gold is exceedingly rare. There are six common kinds of foil for modern foil pressing.

In addition to the variety of presses, foil pressing can now be done digitally. Digital foil stamping takes designs or images from a computer and can print them in foil directly onto pieces of paper. The biggest advantage of this is that it can print in multiple kinds of foil at a time, unlike foil pressing in a machine which requires different runs for each kind of foil. It is also much more cost effective than hot foil pressing with a machine, since printing does not require making dies.

Why Use Foil-pressed Stationery?

Foil pressing has endless versatility since it doesn’t use any ink. This means it can be used on paper of all colors, even black. The addition of lustrous silver to a botanical design or a sparkling gold frame is an easy way to uplift a darkly colored stationery’s style.

Another benefit of foil-pressed stationery is its environmental friendliness. A 2008 study from The Foil Stamping & Embossing Association (FSEA) found that both hot foil-pressed and cold foil-pressed products are completely recyclable. Therefore, you won’t have to sacrifice beauty for alternative eco-friendly products. 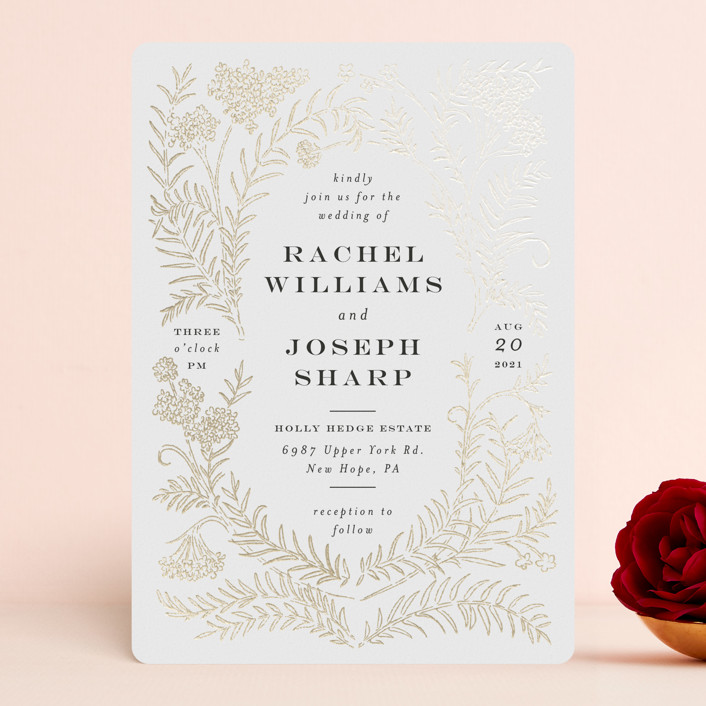 Foil-Pressed Save The Dates 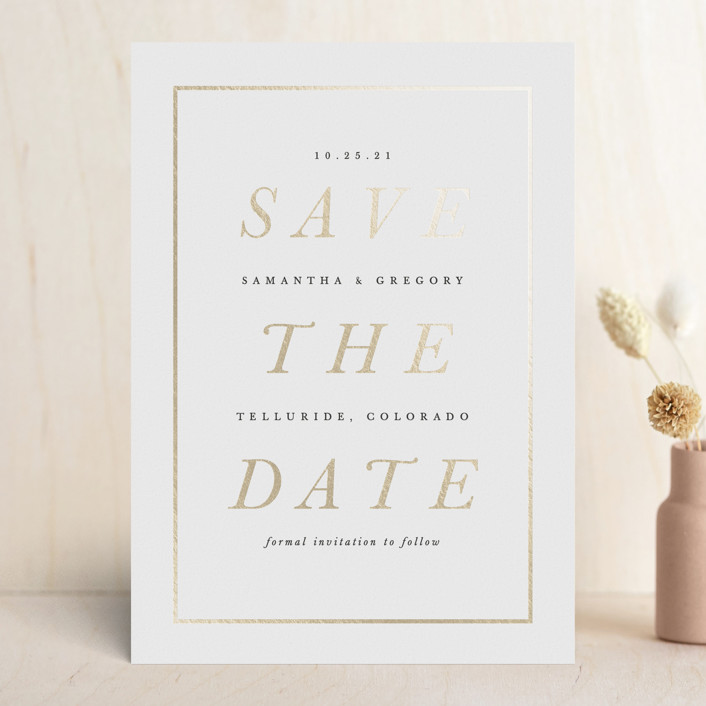 Capture the attention of your friends and family and get them into the holiday spirit with a foil-pressed holiday card. Make festive language pop out from a minimalist holiday card in rose, rose gold, or silver foil, or allude to the popping of sparkling champagne on New Year’s Eve with glittery gold or glittery silver foil on a New Year’s card. 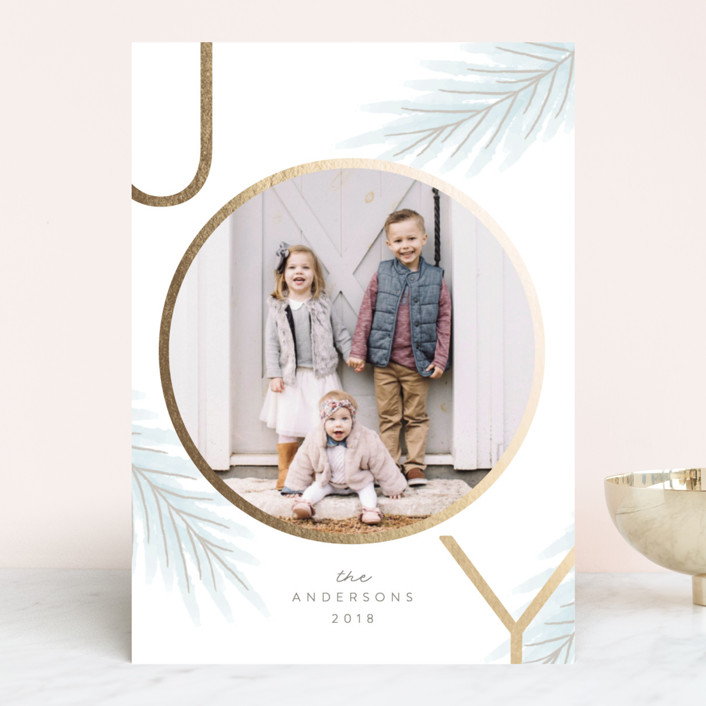 Circle of Joy by Karidy Walker 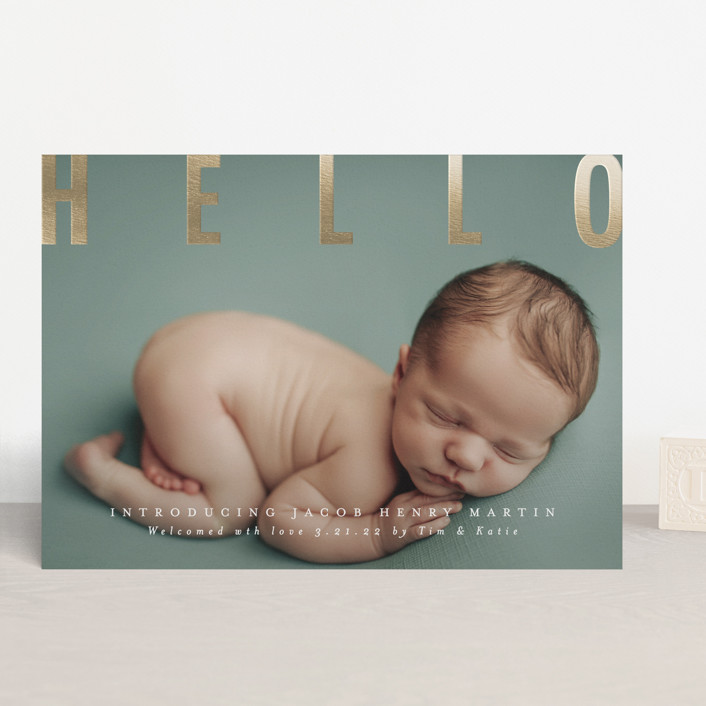 You’ll never want to stop writing letters once you try our foil-pressed stationery. Find the perfect stationery for you in Minted’s hundreds of options. Start with an understated foil-pressed monogram initial, consider a refined foil-pressed border for your writing, or go with a bold and organic marbled border stationery. 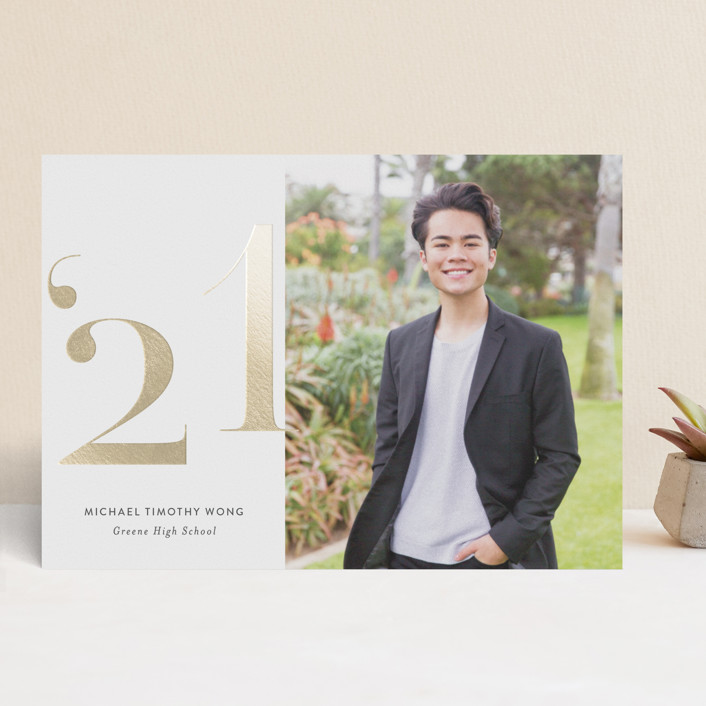 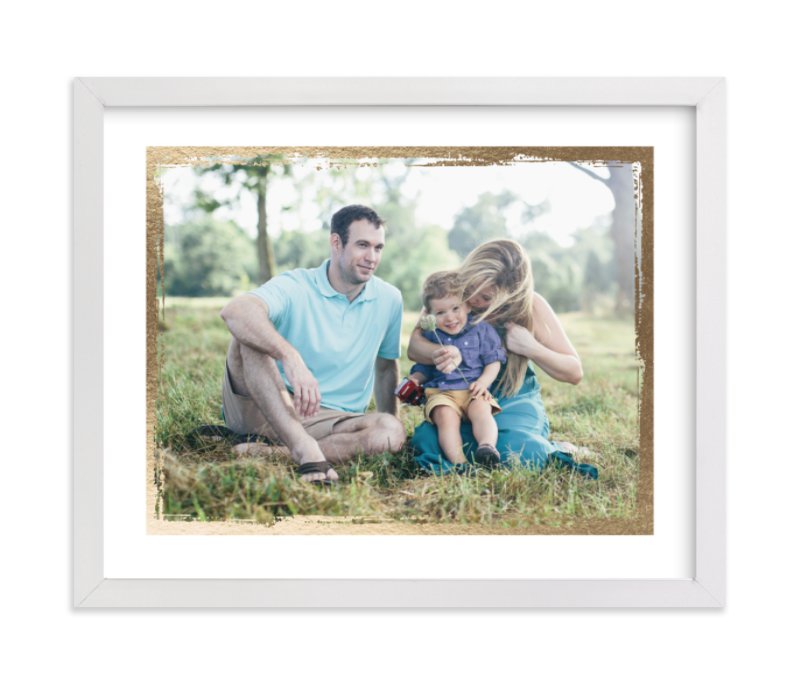 So, what is foil printing? Foil pressing is much more than just an aesthetic and beautiful way to elevate stationery. It is a historically rich and technologically advanced process. Its existence is due to the combination of modern techniques and centuries-old craftsmanship. Not to mention, it’s environmentally friendly. For all of these reasons and with abundant options to choose from, look for your favorite foil-pressed stationery today.