We've got the full scoop on how the most popular wedding traditions in America came to be.

Ever wondered why a bride carries a bouquet down the aisle or why wedding cakes are tiered? Weddings are full of traditions, though most couples may not know the origins and stories behind them. But part of personalizing your own wedding day and making it uniquely yours is deciding which wedding traditions you love and would like to include in your own celebration, as well as which ones you'd rather skip or remake into something that really speaks to the two of you. Whatever you decide, get to know the history behind some of the most common American wedding traditions.

This wedding saying is derived from an Old English rhyme, which lists the four good-luck objects a bride should have on her wedding day. "Something old" represents the couples' past lives, while "something new" symbolizes their happy future. "Something borrowed" typically means incorporating an item belonging to someone who is happily married, in hope that some of their good fortune rubs off. And the color blue represents fidelity and love, thus, the "something blue." 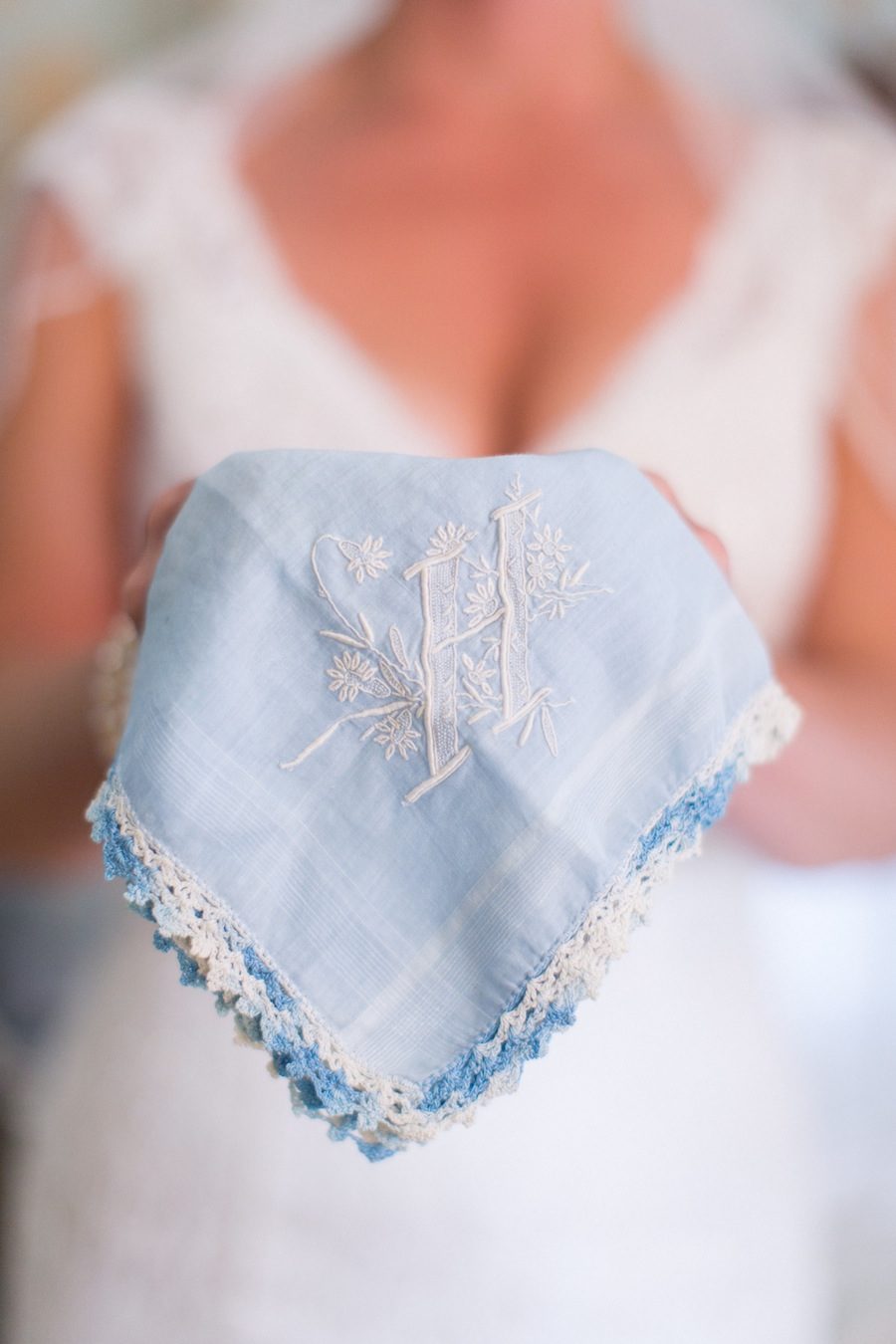 These days, brides are carrying peonies and roses down the aisle, but back in ancient Greece and Rome, it was all about herbs. During that time, it was en vogue to hold aromatic bouquets of garlic, dill, and other herbs and spices to ward off evil spirits. Thankfully, we've graduated from pungent herb bouquets to lush floral ones, often comprised of the bride's favorite bloom. Carrying a favorite flower variety is a tradition that became popular in 1840, when Queen Victoria married Prince Albert and carried a bouquet of snowdrops, his favorite flower. If looking for floral inspiration, be sure to read through our detailed wedding flower guide written by a professional florist. 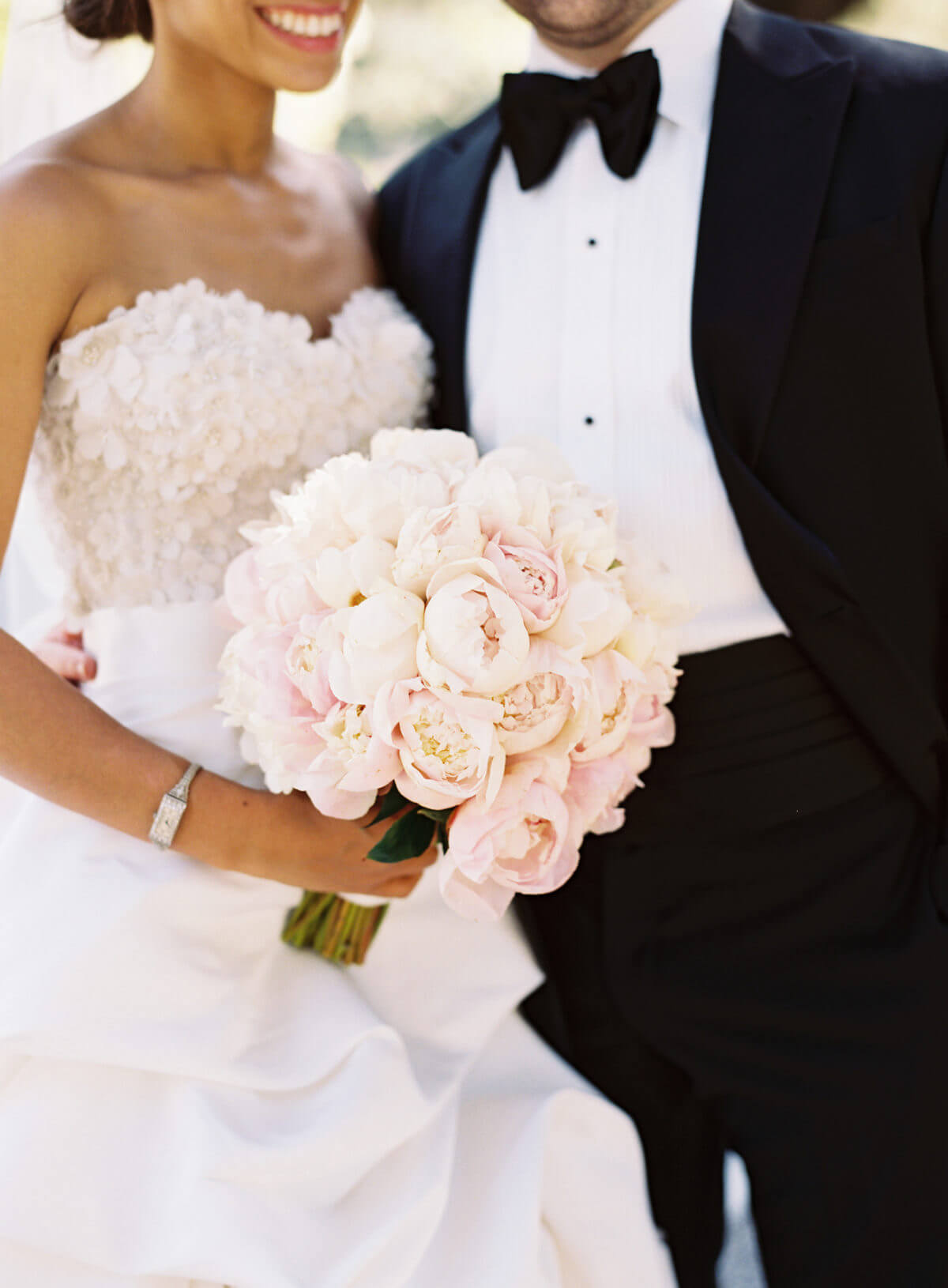 Identical bridesmaid dresses may be a little passé these days but in Roman times, matching outfits meant good luck and were a common wedding tradition. Back then, people believed evil spirits would attend the wedding in attempt to curse the bride and groom. To confuse the spirits, bridesmaids acted as decoys and dressed identically to the bride. The idea was that the spirits would be unsure which was the bride, which would lead them to leave her alone and allow the couple to wed. 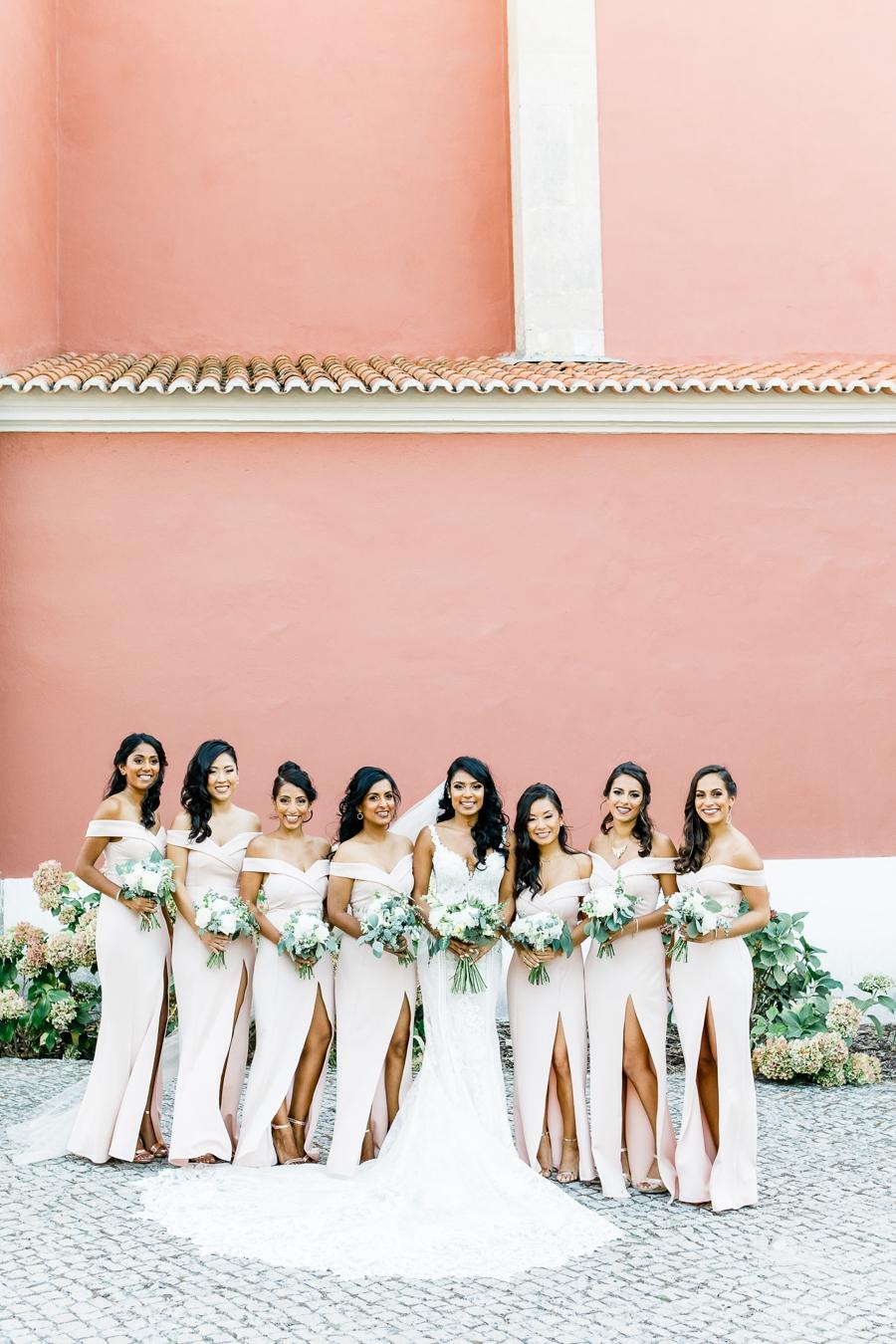 The tradition of wearing a wedding veil also dates back to ancient Rome, where a bride would walk down the aisle wearing a veil over her face to disguise herself from any evil spirits looking to ruin her wedding day. Apparently spirits were quite the concern back then! These days, wedding veils come in many styles and lengths, the most popular four types being: 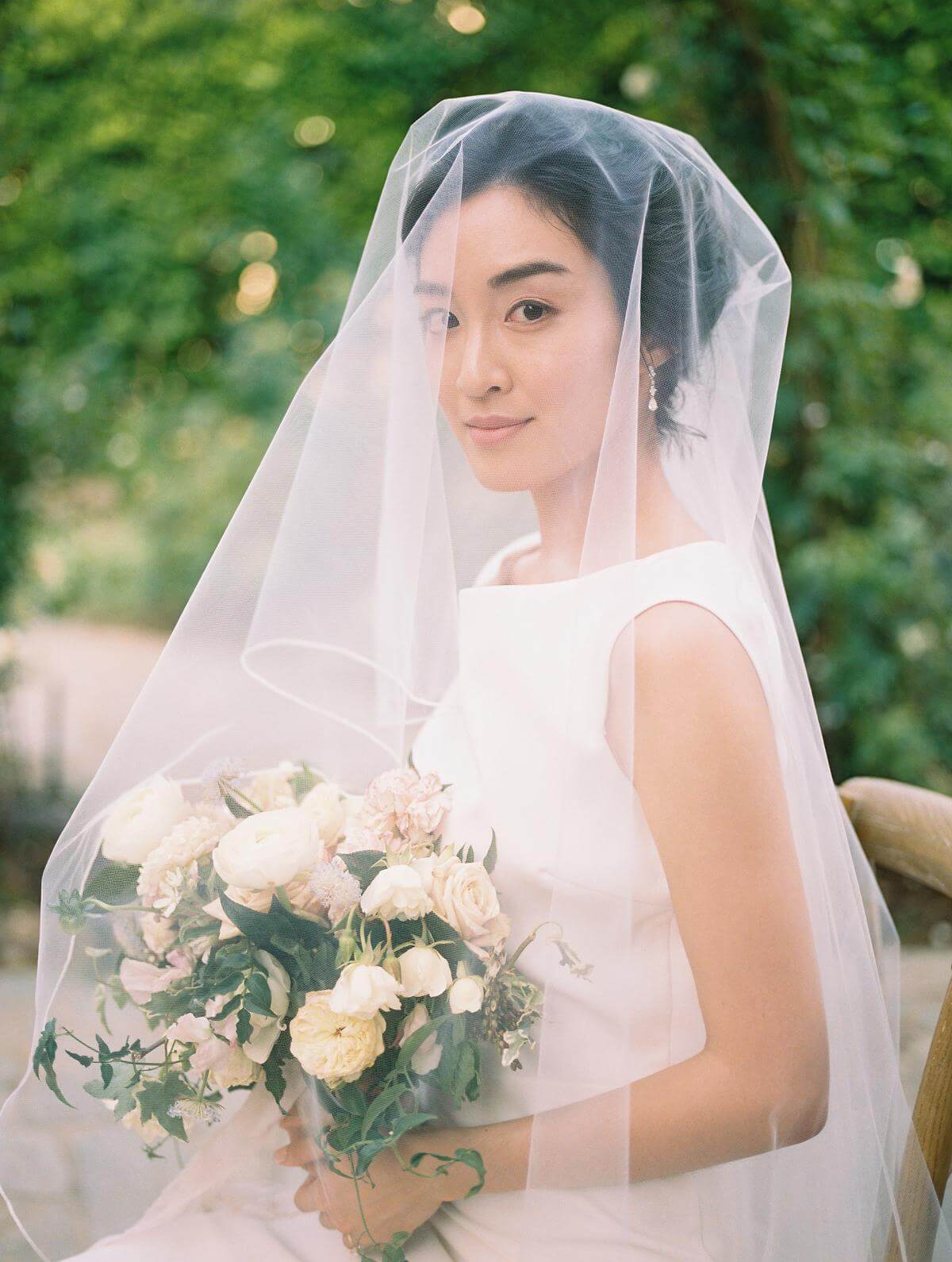 Wearing your ring on the "ring finger."

This tradition also traces its origins back to the Romans, who believed that the fourth finger on the left hand was connected directly to the heart by a vein called "the vein of love." Because of this hand-heart connection, this finger has been adopted through the ages as the ideal spot to wear one's wedding ring. 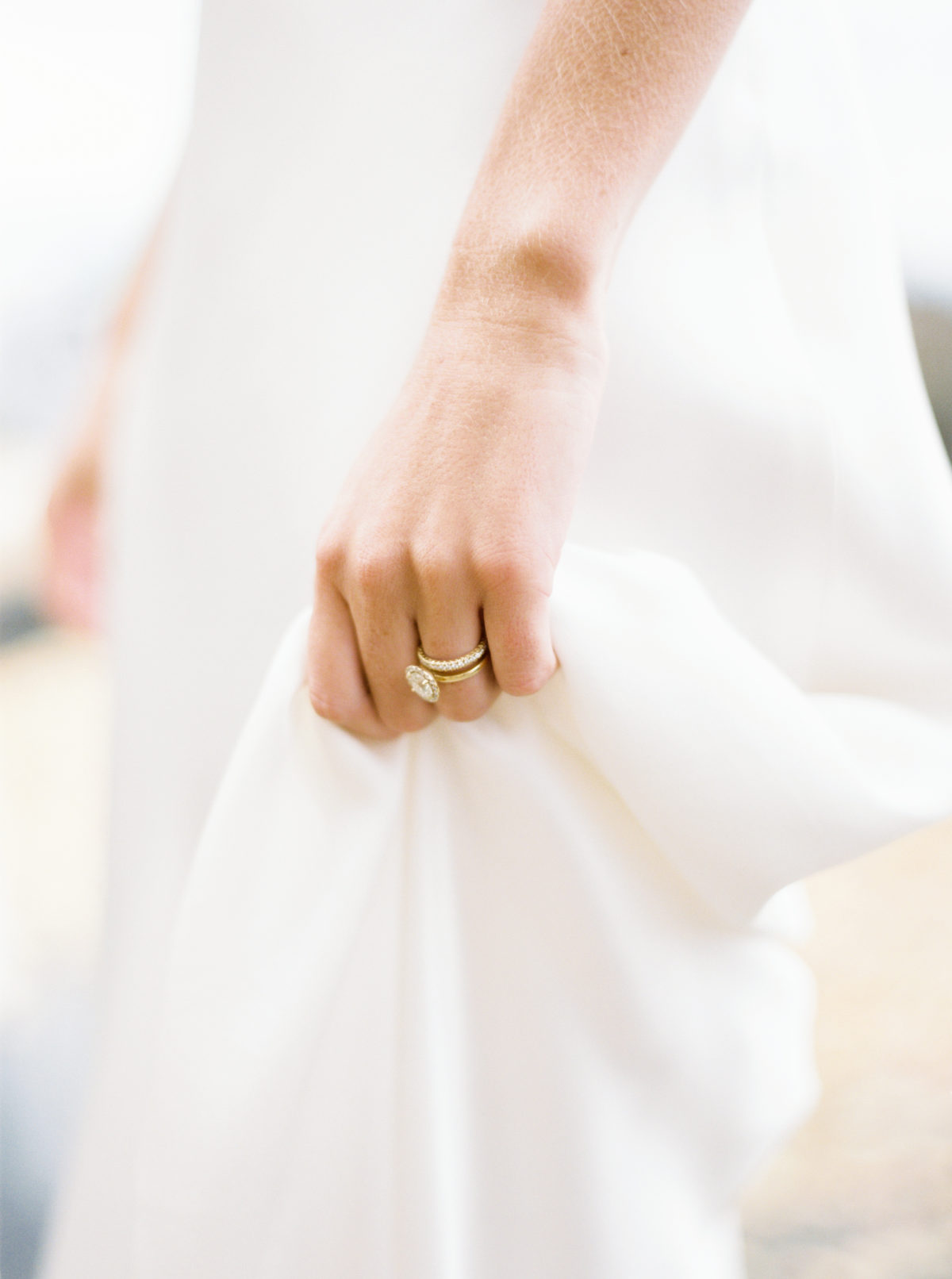 Before the invention of the printing press in 1447, weddings were typically announced by the town crier and anyone within earshot was welcome to attend. People were largely illiterate during the Middle Ages, so this was the most efficient way to announce a wedding. Written wedding invitations were only used by England’s aristocracy during this time. The noble class would commission monks, skilled in calligraphy, to hand-write the wedding announcements. The invitations would often depict the family crest or coat of arms and would be closed with a wax seal. The wedding tradition of the double envelopes—a wedding invitation enclosed in both an inner envelope and outer envelope—originates from this practice, since a courier’s journey might damage the outer envelope. Upon delivery, the outer envelope would be removed and the sealed inner envelope, with the invitation inside, would be presented to the invited guest.

Despite the emergence of the printing press, printing techniques proved too rudimentary to produce stylish invitations. However, newspapers became popular by the 1600s and the wealthier, literate class began printing wedding announcements in their local paper. Higher-quality printing became possible with the invention of the metal-plate engraving printing press in 1642, which allowed artists to engrave the wording of the invitation on a metal plate in reverse, which was then inked and stamped onto paper. Engraved invitations needed time to dry, so tissue paper would be placed on top to prevent ink smudges. This tradition remains to this day. 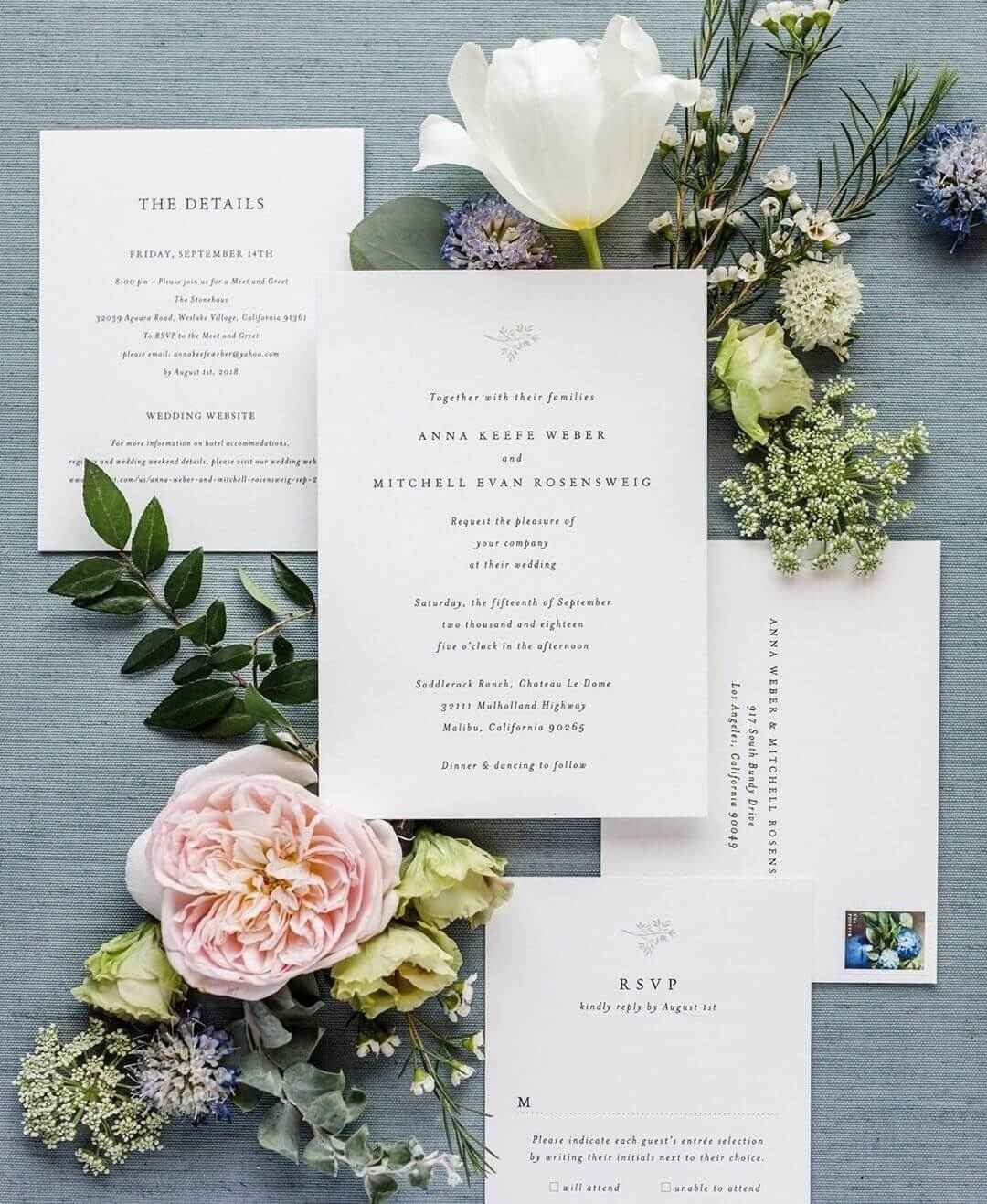 The wedding invitation phrase: "the honour of your presence.

Have you ever received a wedding invitation with "honour" spelled out with the British-style "u"? This formal spelling style lets guests know that the wedding ceremony will be held in a place of worship, like a church. 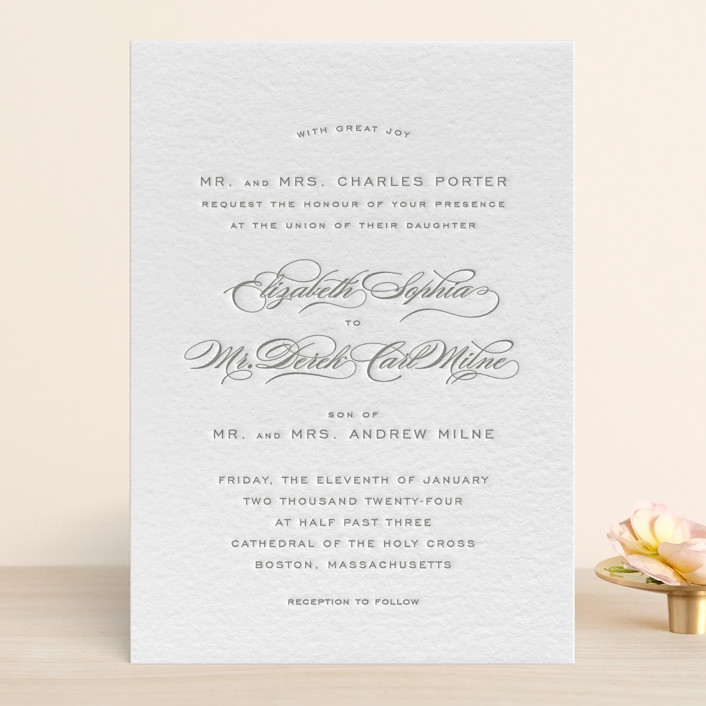 "Giving" the bride away

This wedding ceremony tradition dates back to a time of arranged marriages, where the "giving away" of the bride represented a transfer of ownership. Back then, young women were used as collateral and were given away in exchange for a "bride price" or dowry. Thankfully today, this tradition has shifted away from its antiquated origins and is now a loving, affirming moment as a father escorts his daughter down the aisle to meet the person she is about to marry. 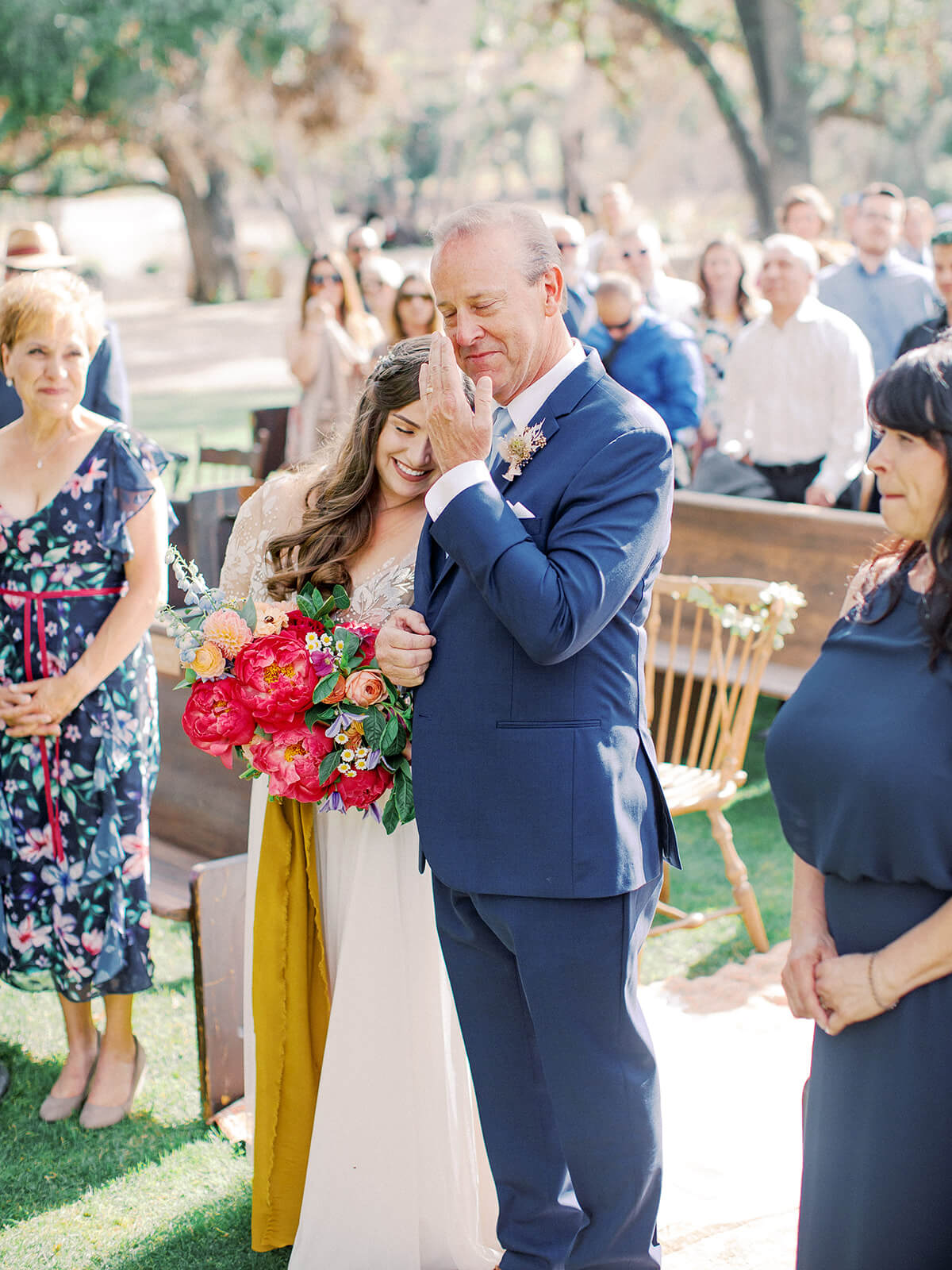 The phrase "tying the knot"

Ever wondered where this commonly used phrase came from? In many cultures, including during Celtic and Hindu weddings, the bride's and groom's hands are joined and tied together to symbolize the couple's commitment to each other and their new bond as a married couple. The Celctic ceremony ritual is called handfasting, while in Hindu weddings, the ceremony is called the hastmelap. If interested, we have an inclusive post on other cultural traditions and common wedding vows in those cultures that is quite informative. 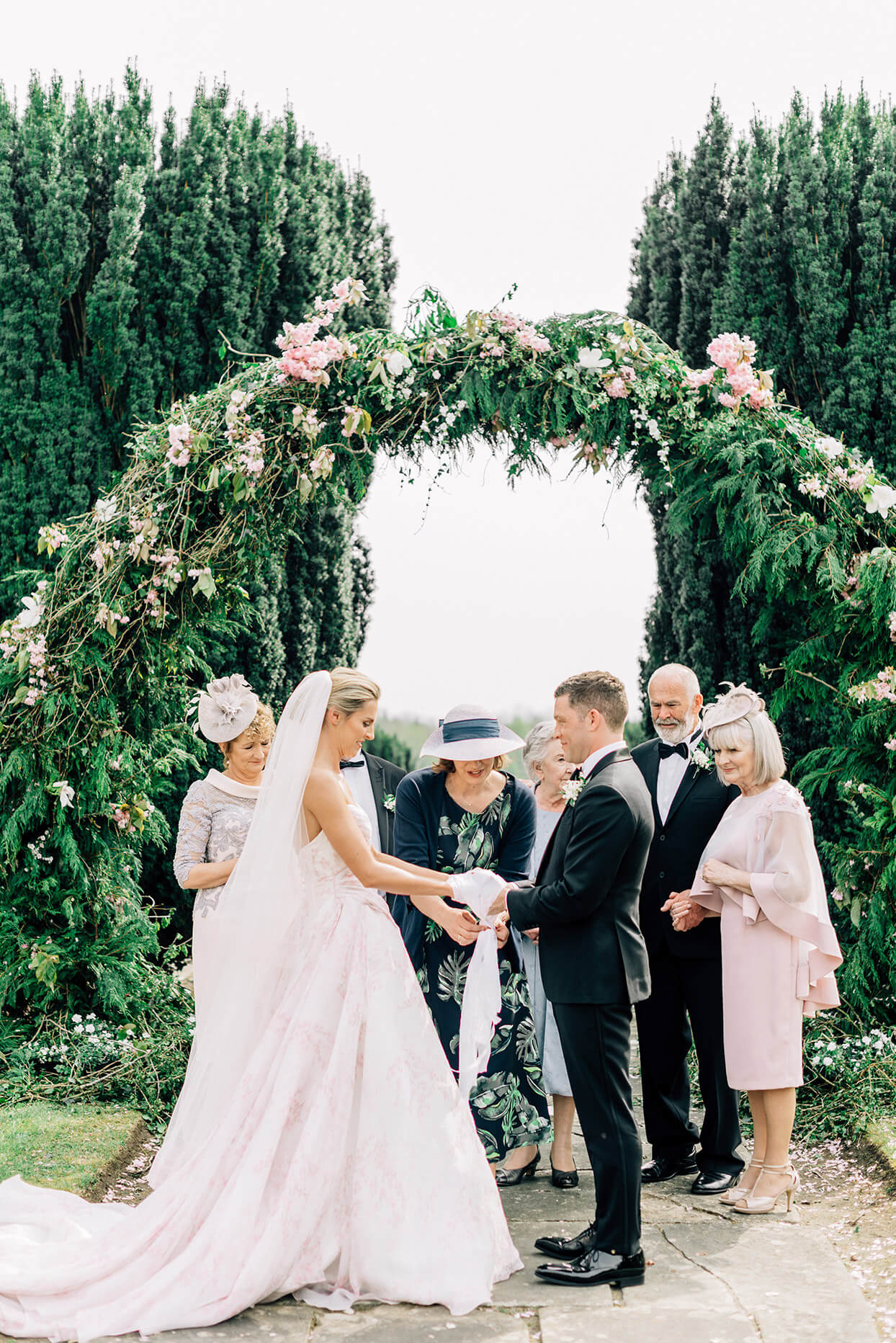 Tossing rice at the newlyweds at the conclusion of the ceremony.

Back in the day, marriage meant expansion, from starting a family to increasing one's assets. Rice symbolized both fertility and prosperity, and tossing it at newlyweds at the conclusion of the wedding ceremony conveyed best wishes and good luck—for babies, bountiful harvests, and everything in between. Nowadays, the wedding tradition of tossing things on the couple takes many forms, from dried lavender buds and blowing bubbles to biodegradable confetti. 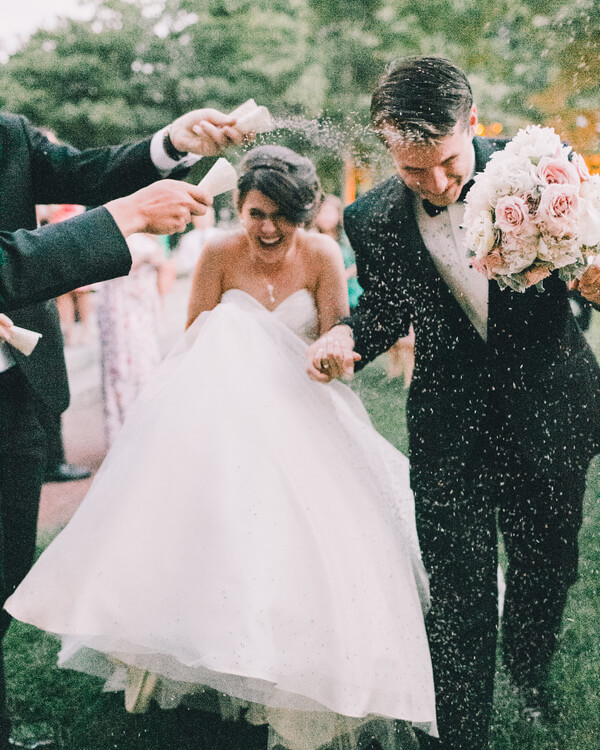 Having a wedding cake.

The tradition of a wedding cake also comes from ancient Rome, where guests broke a loaf of bread over the bride's head to symbolize fertility. The newlyweds would share a few bites while guests would scoop up the leftover crumbs for good luck. In medieval England, the bride and groom had to try to kiss over a pile of stacked spiced buns, scones, and cookies—a precursor to the tiered wedding cakes of today—supposedly ensuring a prosperous future if they were able to successfully smooch without toppling the whole thing over. We encourage you to look through our list of 27 wedding cake ideas to see where the wedding cake has progressed to in this day in age. 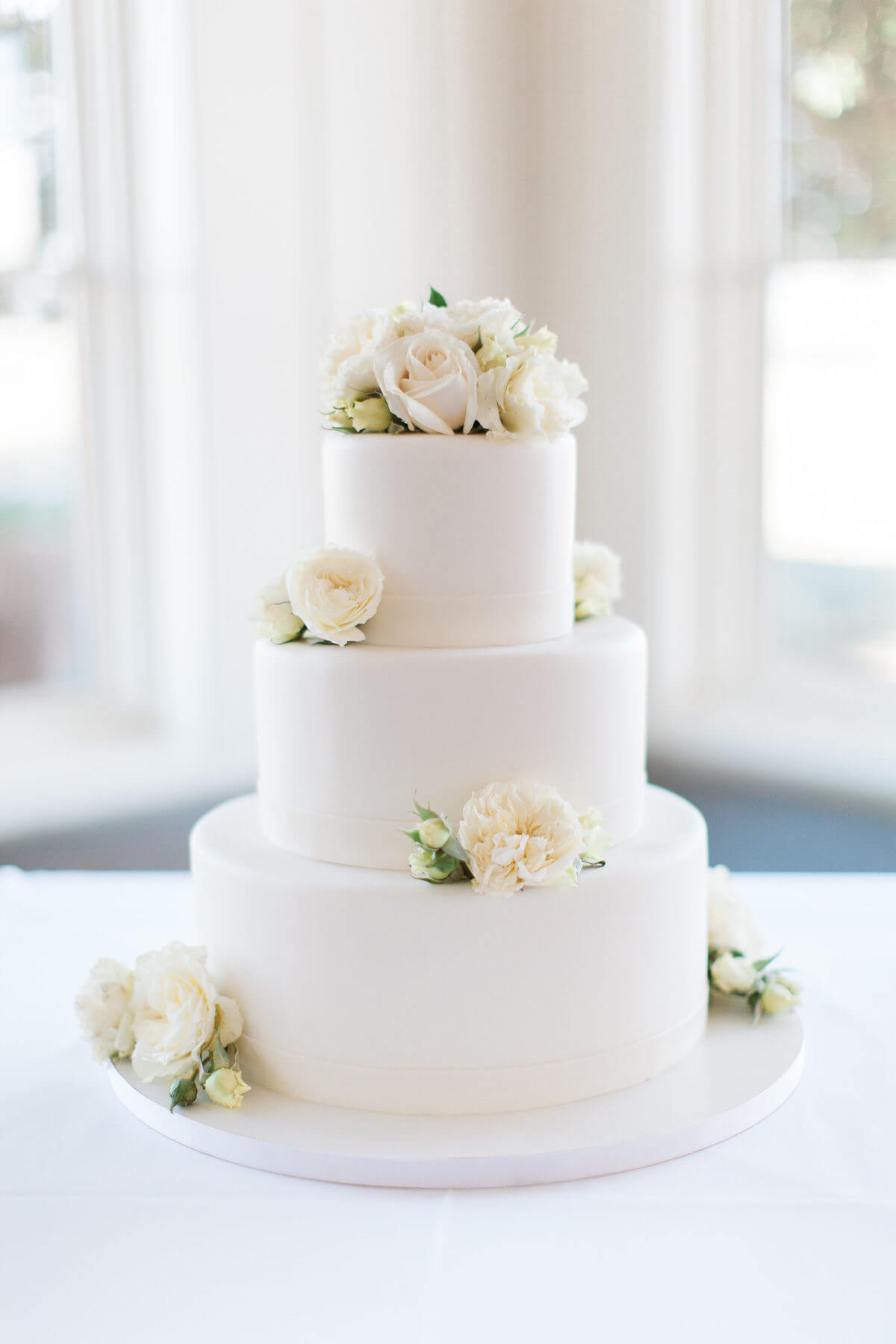 Saving the top tier of the wedding cake.

Traditionally, the top tier of the wedding cake was saved and kept frozen to be enjoyed by the wedding couple once again at their future child's christening. Back in the olden days, many people assumed the couple would have a baby within a year, so by preserving the wedding cake, they wouldn't have to buy another dessert to celebrate the pregnancy or birth. Nowadays, some couples opt to just return to the bakery that made their wedding cake on their one-year anniversary to order a cake with the same flavors. But many couples do stick to the cake-saving tradition despite its outdated origins. If you're hoping to preserve the top tier of the wedding cake to enjoy on your first anniversary, follow these steps to ensure maximum tastiness (but keep in mind that year-old cake is, well, year-old cake!). 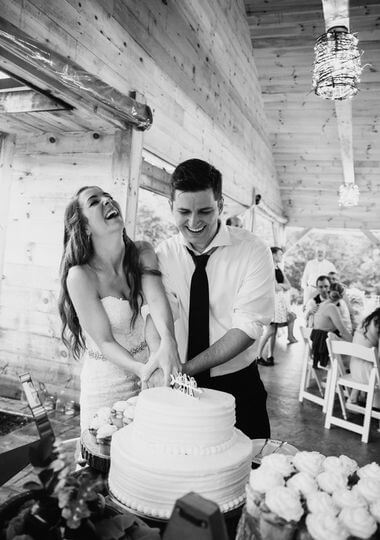 Like many Western wedding traditions, candy wedding favors also date back in history to the European aristocracy. In the 16th century, as a show of wealth, couples gave guests a bomboniere, which was a small trinket box made of crystal, porcelain, and precious stones that was filled with candy or sugar cubes. You have to keep in mind that sugar was an expensive delicacy at the time. As sugar became more affordable, bombonieres were succeeded by sugar-coated almonds. The now-traditional wedding favor of five Jordan almonds symbolizes five wishes for the newlyweds of health, wealth, happiness, fertility, and longevity.

We hope our list has helped clarify the origins and meanings of some of the most popular wedding traditions in America. Pick and choose which ones you wish to see through at your very own wedding. 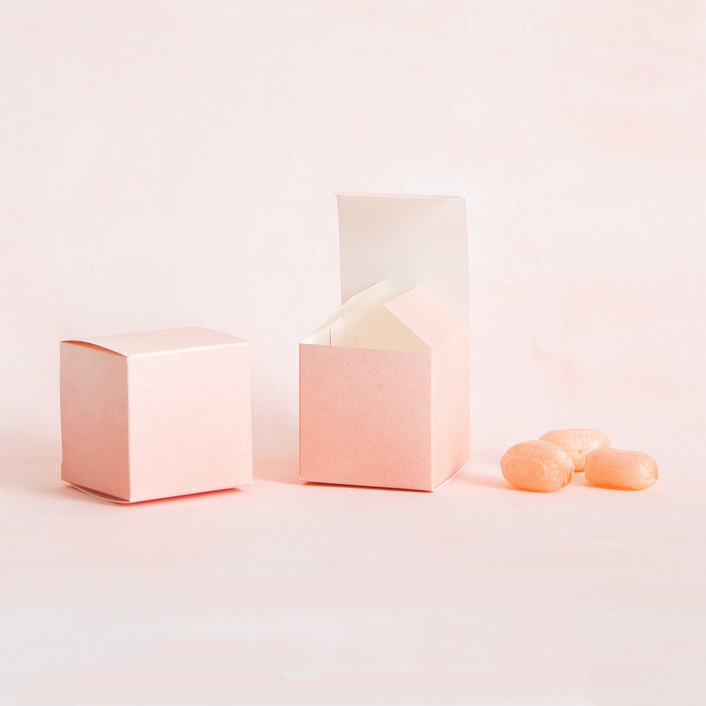 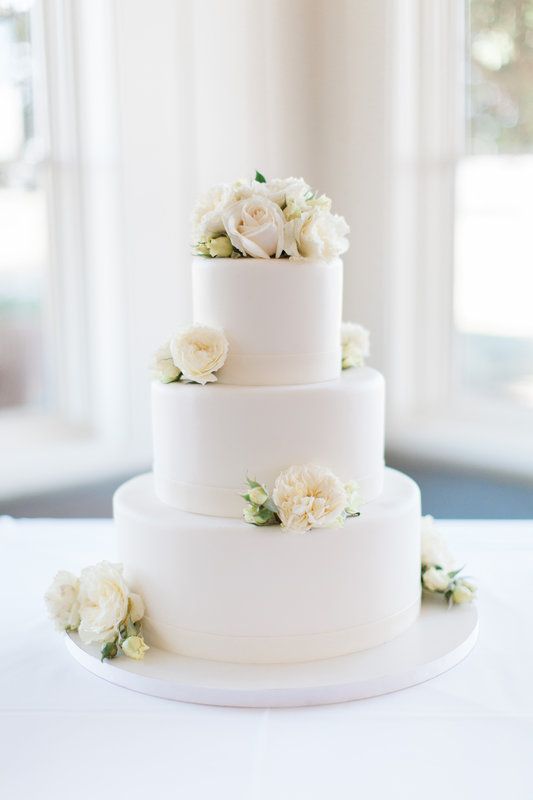 Get the wedding cake of your dreams. 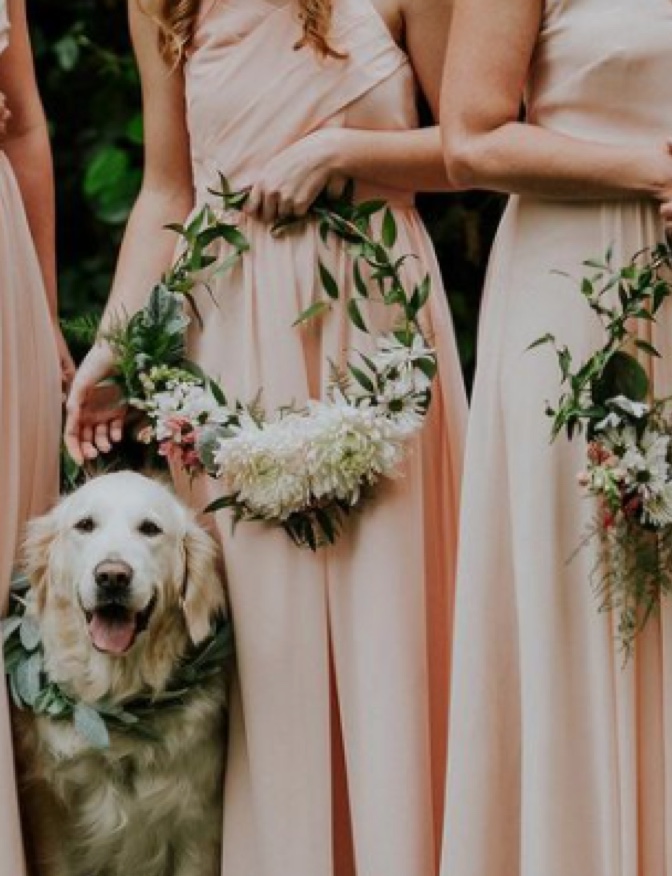 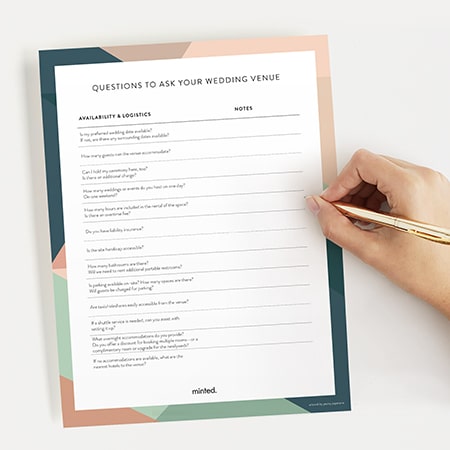 Questions To Ask Your Wedding Venue

A comprehensive list of questions to ask a wedding venue.