We are here for you. Read our tips for wedding planning during the coronavirus.

Guide to the Wedding Rehearsal 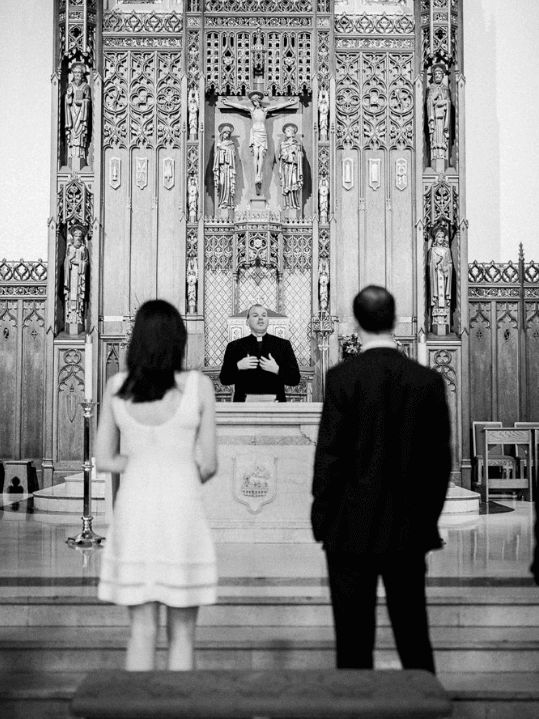 The wedding rehearsal is an informal run-through of the ceremony, usually held the day before the event. It gets everyone comfortable with the order of the ceremony, the timing, when to walk, and where to stand.

The rehearsal should include anyone participating in the wedding ceremony, including the couple, their parents, the wedding party (including child attendants), readers, and the officiant. The wedding planner (or an experienced friend) typically conducts the ceremony rehearsal, guiding everyone on where to stand, the pacing of events, and spacing between people.

During the rehearsal, you’ll go through your processional, the order of events, ceremony readings, and the recessional. This is also a good time to bring any items you’ll use during the ceremony, such as unity candles, copies of the ceremony program, and extra copies of any passages that will be read aloud. Also, if you’re playing recorded music during the ceremony, now’s the time to practice the timing and transitions between songs.

The entrance of the wedding party signals the start of the ceremony. You and your fiancé can each make your way to the altar separately, with your parents, or even hand-in-hand together. For a traditional Christian procession, the bride is traditionally escorted by her father, while the groom waits up front. For a Jewish processional, the groom’s parents walk him down the aisle, followed by the bride escorted by her parents.

During the rehearsal, the officiant will give a brief outline of the ceremony proceedings (however, there’s no need to go through your vows line by line—save that for the wedding!). A run-through of the wedding ceremony order will help ensure that everyone knows when their part is coming up. Make sure all your readers are present for the rehearsal, too. Again, they don’t need to read every line of what they’ll be sharing on your wedding day, but knowing going through the motions and understanding where everything is situated (e.g. the microphone, where to stand) will help them be at ease on the actual wedding day.

This is the grand exit following the pronouncement of the newly married couple and is typically the reverse order of the processional. The couple exits the wedding ceremony together as newlyweds, followed by the wedding party, often in pairs. Parents, who often are seated in the front row, often recess next, followed by the rest of the guests, row by row.

Directly after the wedding rehearsal is the rehearsal dinner. Visit our Guide to the Wedding Rehearsal Dinner for tips, invitation etiquette, dinner ideas, and more.

The first of many parties leading up to the big day. Read more.

How to throw a fabulous wedding shower. Read more.