Ends Tomorrow | 25% off save the dates and engagement announcements. Code: ENGAGED25, ends Mon 2/6

See how these couples pulled off the perfect proposal. 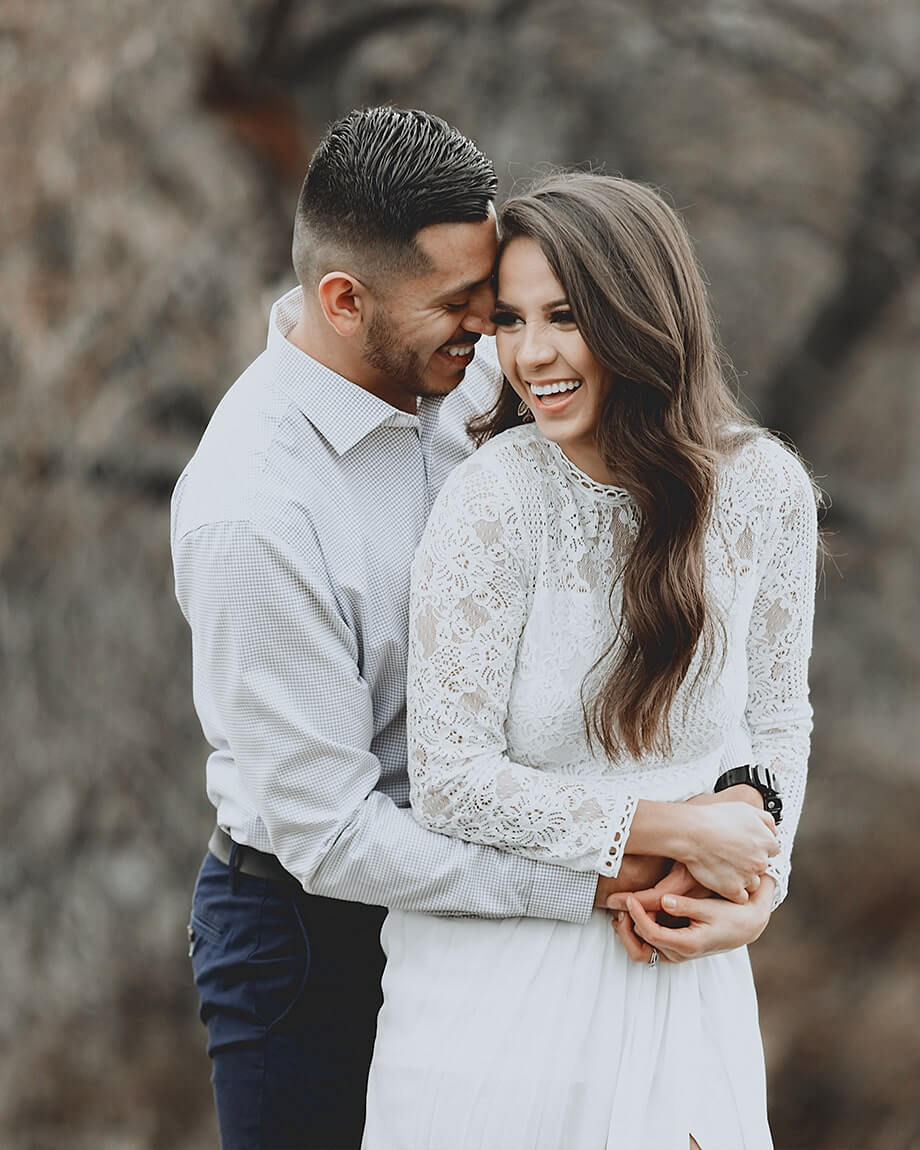 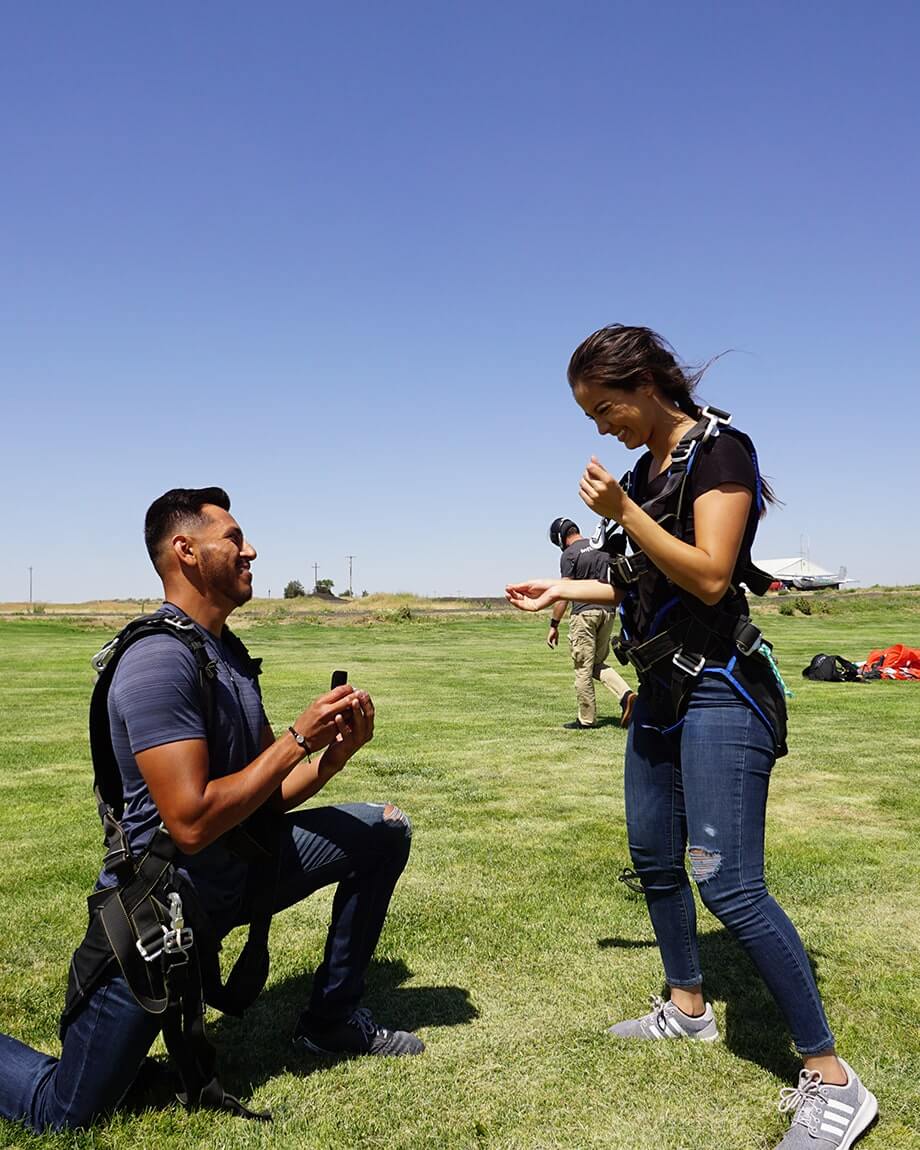 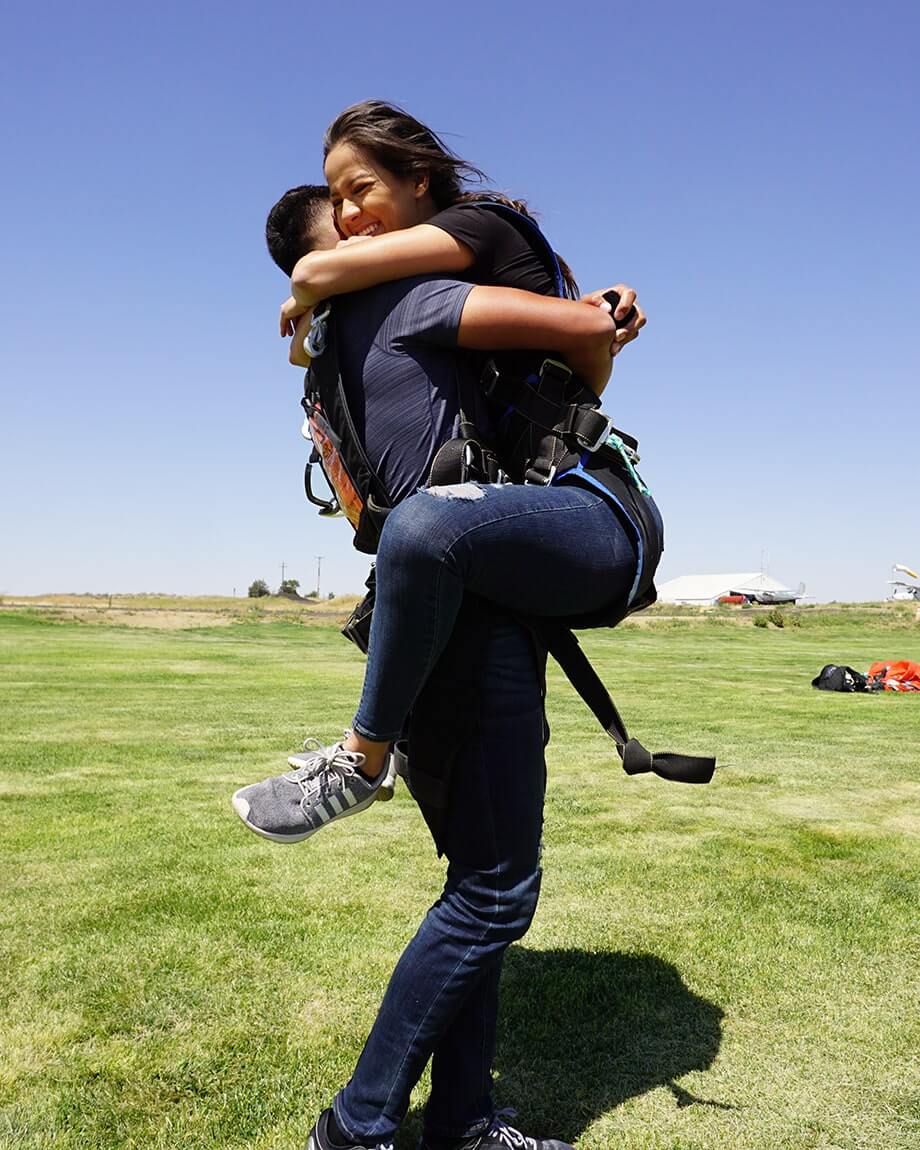 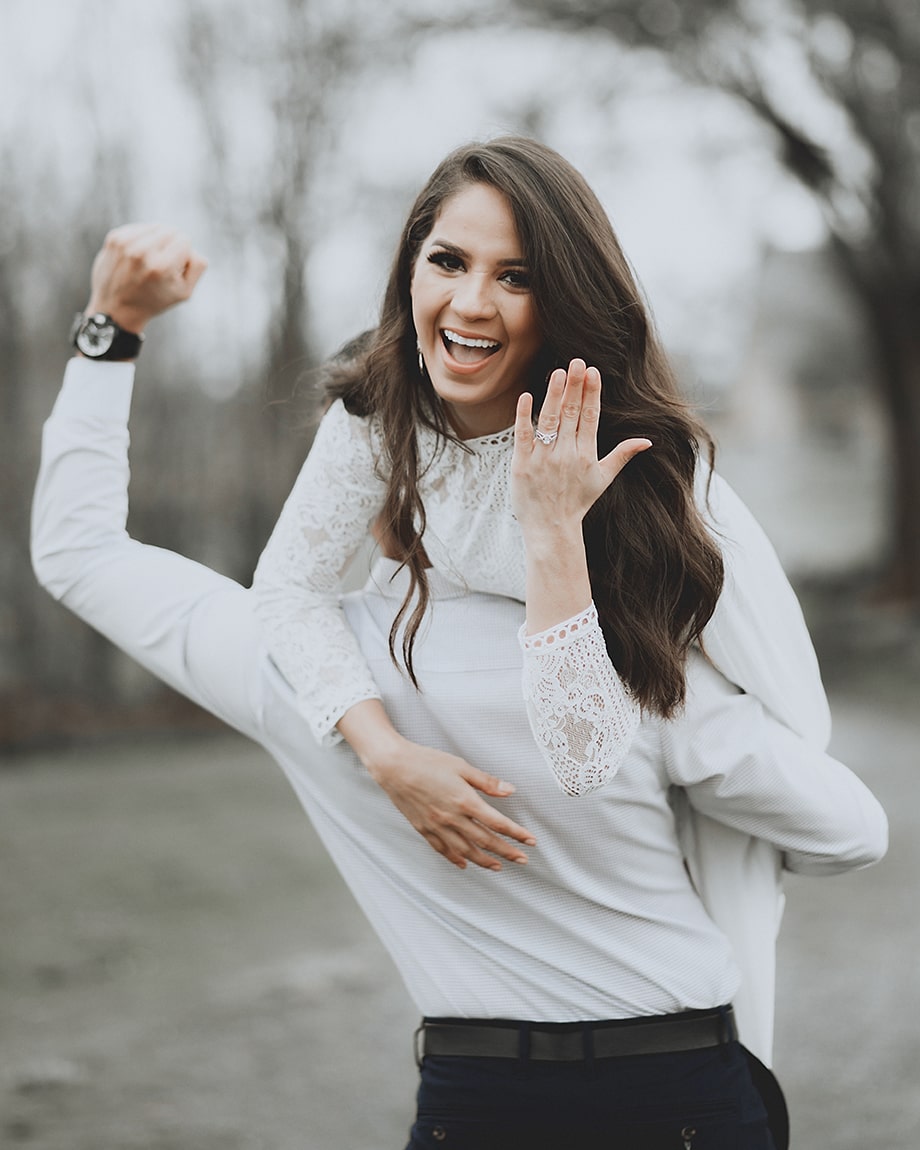 He noticed me at a mutual friend’s graduation party when I was 16 and he was 17. He asked our friend about me and a few days after the party decided to send me a message, letting me know that he would like to share a dance with me someday. After weeks of messaging back and forth, he built up the courage to ask me on our first date! A few months after, we began dating and shared that dance he originally had messaged me about. We have been together ever since.

Our anniversary was coming up and we wanted to do something new and special, but we had no idea what! So I jokingly suggested ‘How about we go skydiving!?’ We both laughed about it and decided we’d figure it out once the date approached. Then one day he calls me and tells me to check my email: “Congratulations, you’re going skydiving!” was the subject. The day came and it was the craziest experience ever. The entire time I was just hoping and praying for a safe jump for both of us and was NOT expecting to land to him on one knee, with the most beautiful ring, asking me to spend forever with him.️ 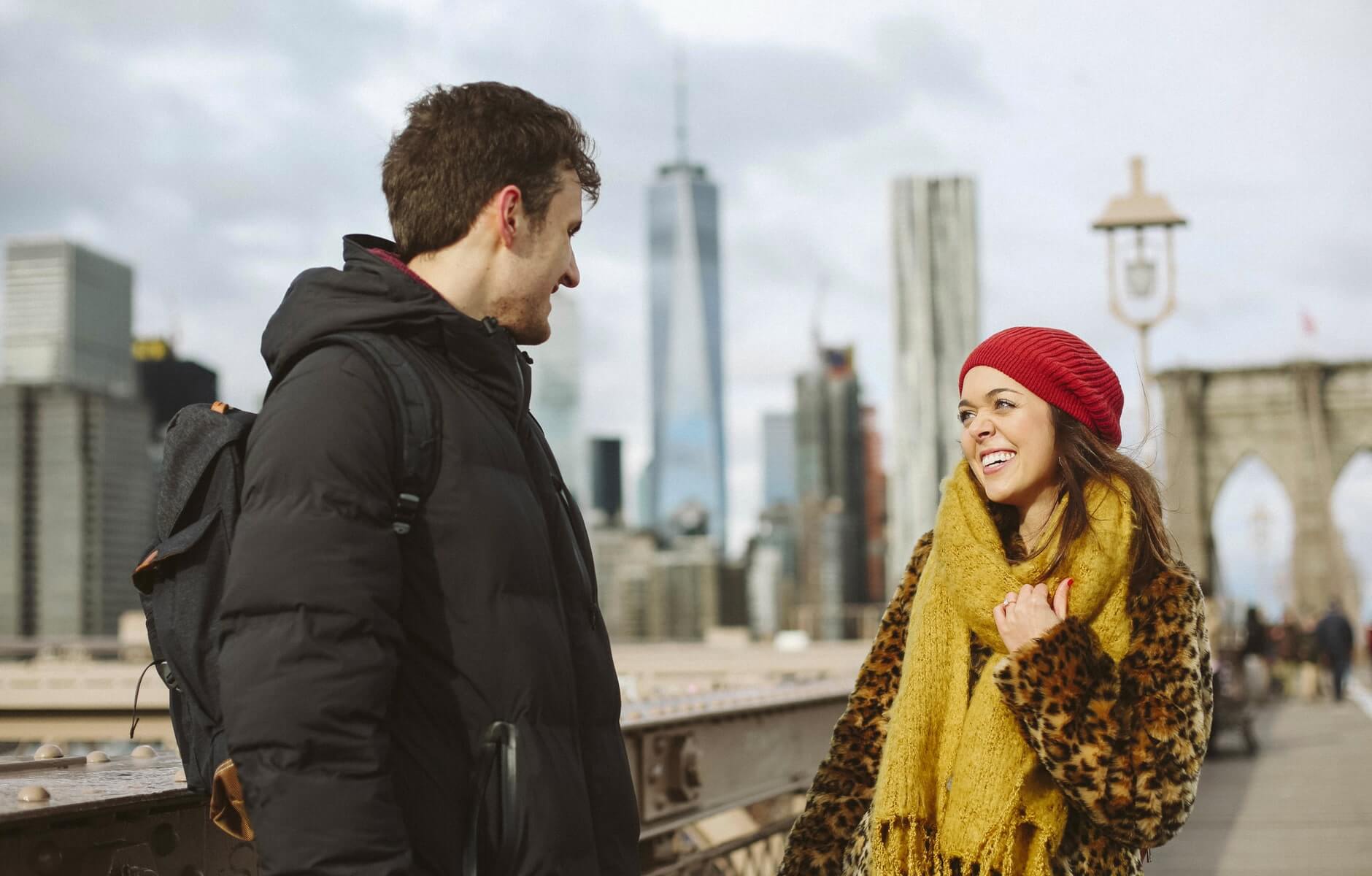 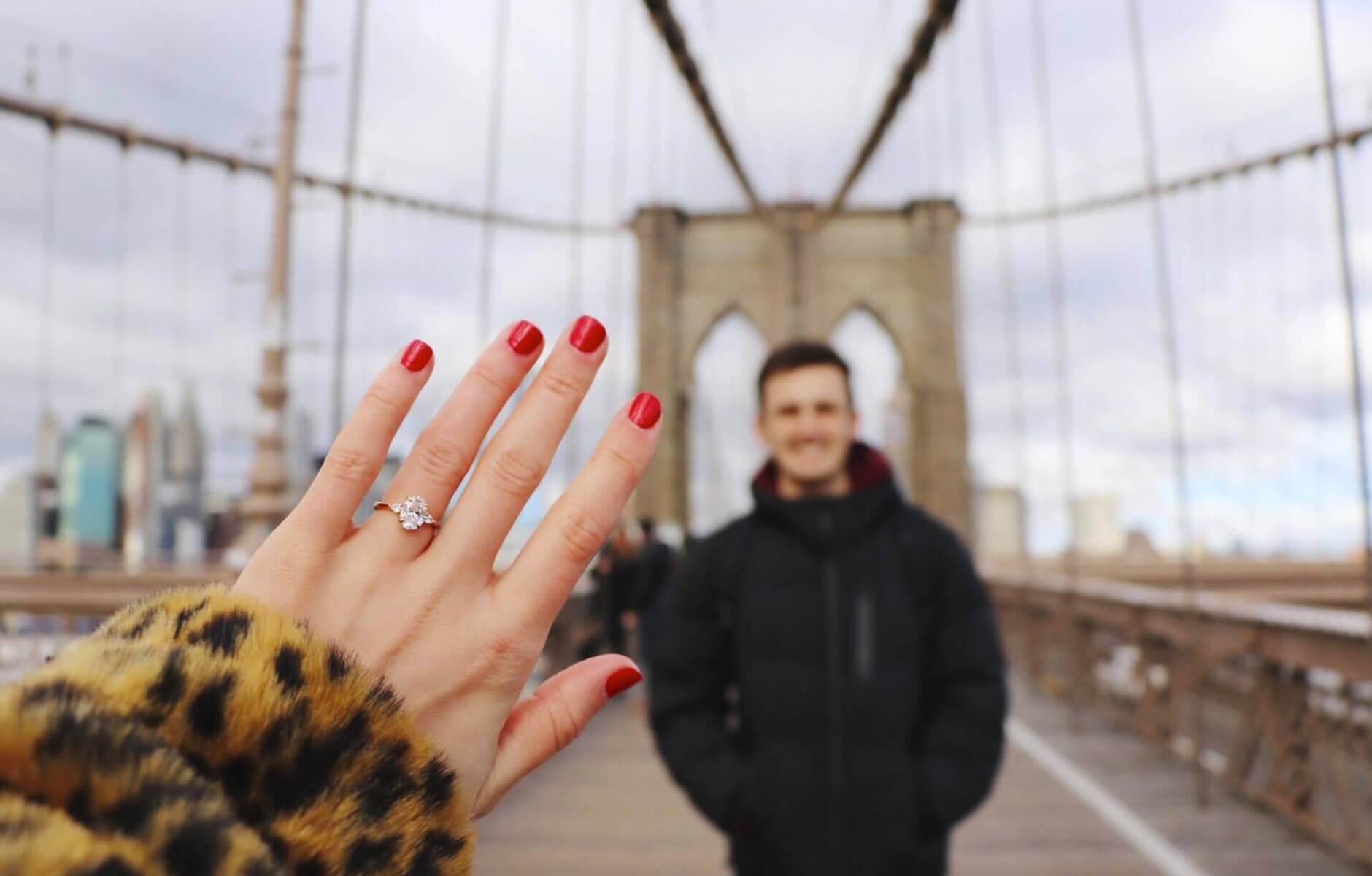 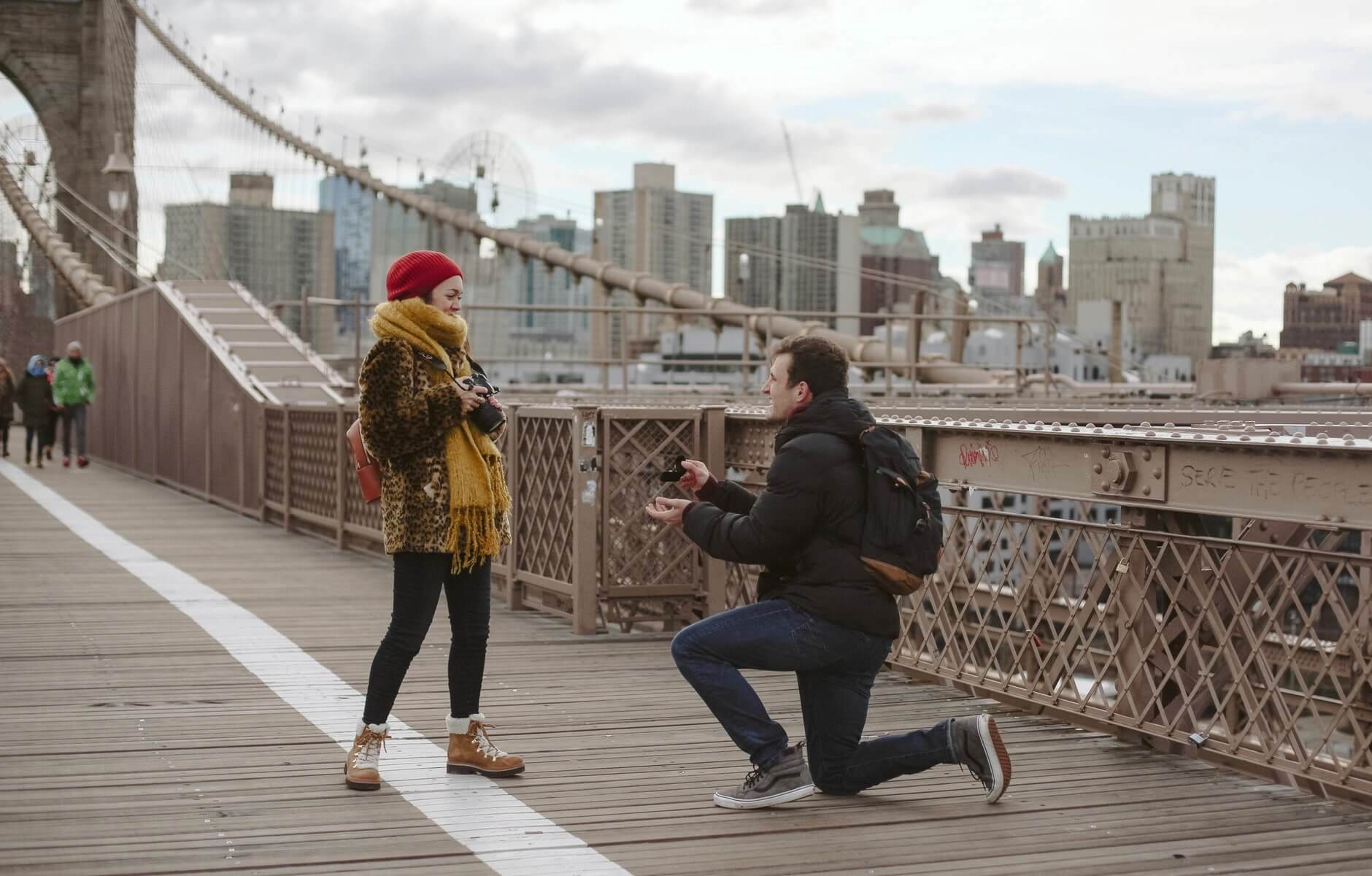 Asher grew up in Texas and moved to Europe when he was 12. When Asher came back to the states for college, he spent the summer working for my church. We met while helping out at a youth beach retreat.

Asher and I have always loved to travel. We had been planning a trip to New York City for a while.

I knew something was up three nights before when we went to see the Rockettes at Radio City Music Hall. When we went through security, Asher was pulled aside and the security guy patted him down. I guess the security guy saw the look on my face, because he said, “Don’t worry! It was just his cigarette box that set something off.” Either Asher had picked up a dirty habit or he was hiding something.

Fast forward to Saturday. When he asked me to marry him, I was in the middle of taking a photo of the bridge. I didn’t know what to do, so I turned around and took a photo of him proposing. We laugh about it now. Honestly, I’m glad I took a picture of him down on one knee. Now I won’t be able to forget every detail of him proposing. 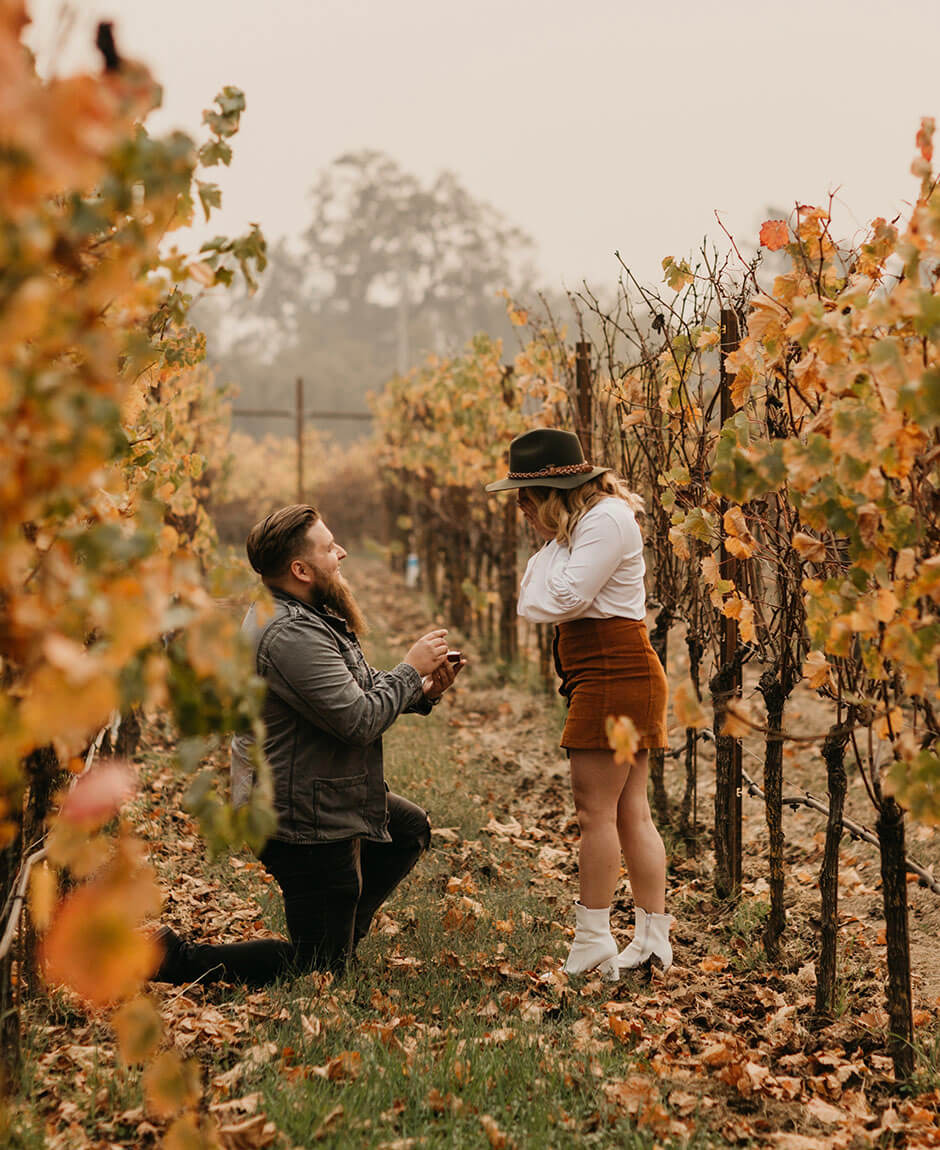 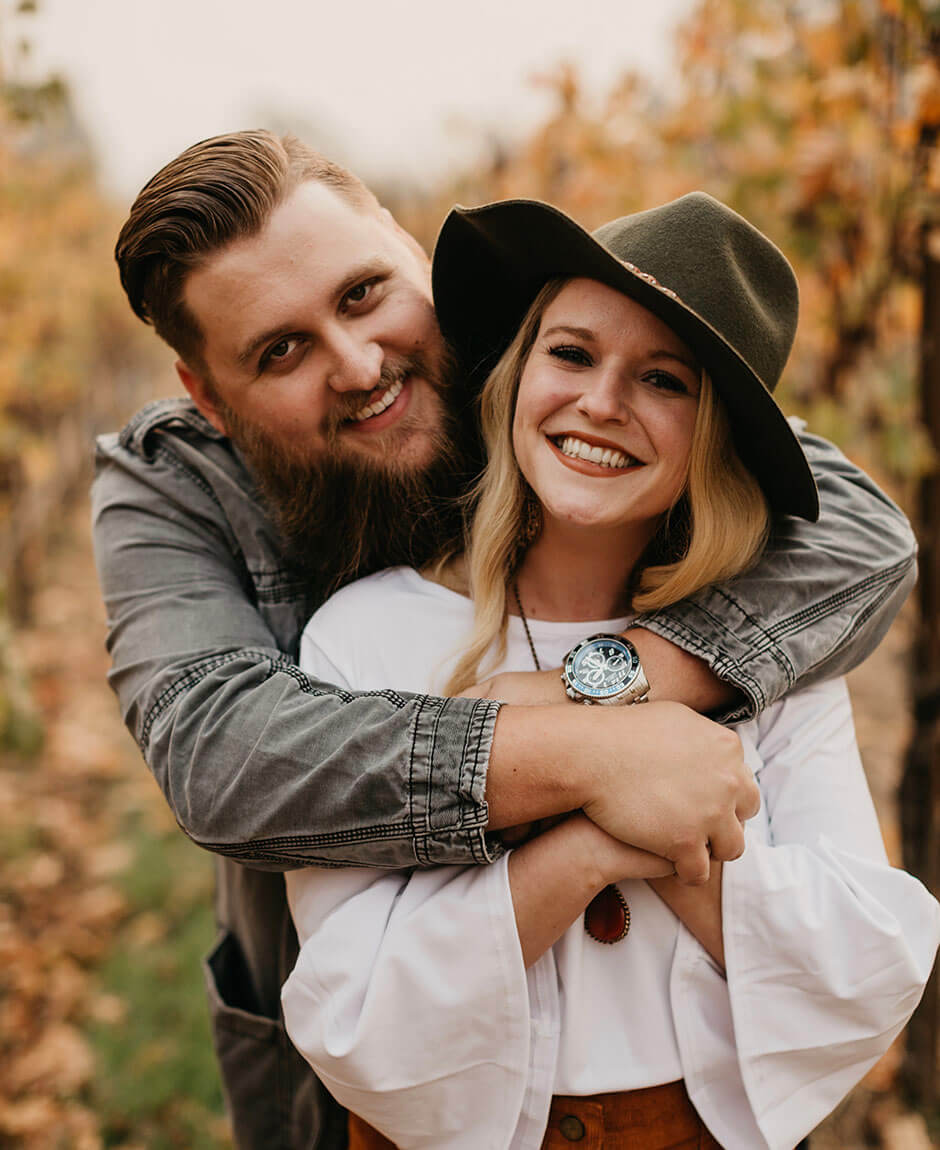 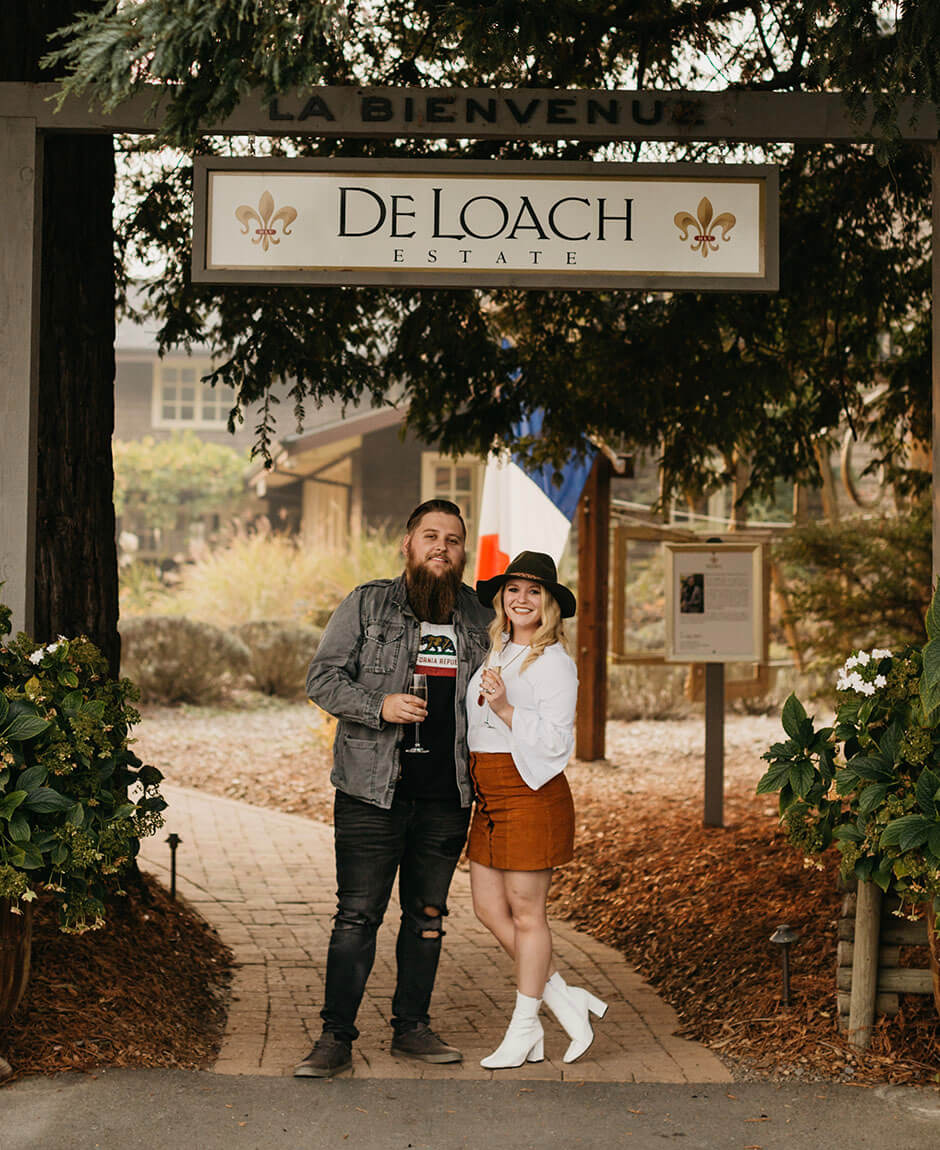 I first saw Stephen at one of his shows. He is a musician and we had mutual friends that were dating, at the time. When he was coming off stage, I walked straight up to him and said, “Hi I’m Hannah, you haven’t met me yet.” And six years later, here we are!

We spent a week in the San Francisco Bay Area vacationing from Nashville. I had NO idea what Stephen had planned for our last day. He hired an incredibly talented photographer who pretended to be the winery’s photographer and, because of the previous California wildfires and poor air quality, no one else was around. When we came upon a vineyard row, she asked if we would walk down it, so she could just grab a couple shots of at least someone in the vineyards. That’s when Stephen got down on one knee and asked me if I would like to change my last name and match his. It was amazing. We all then hung out and had a picnic and drank champagne before me and Stephen headed in for a tasting. It was a magical afternoon! 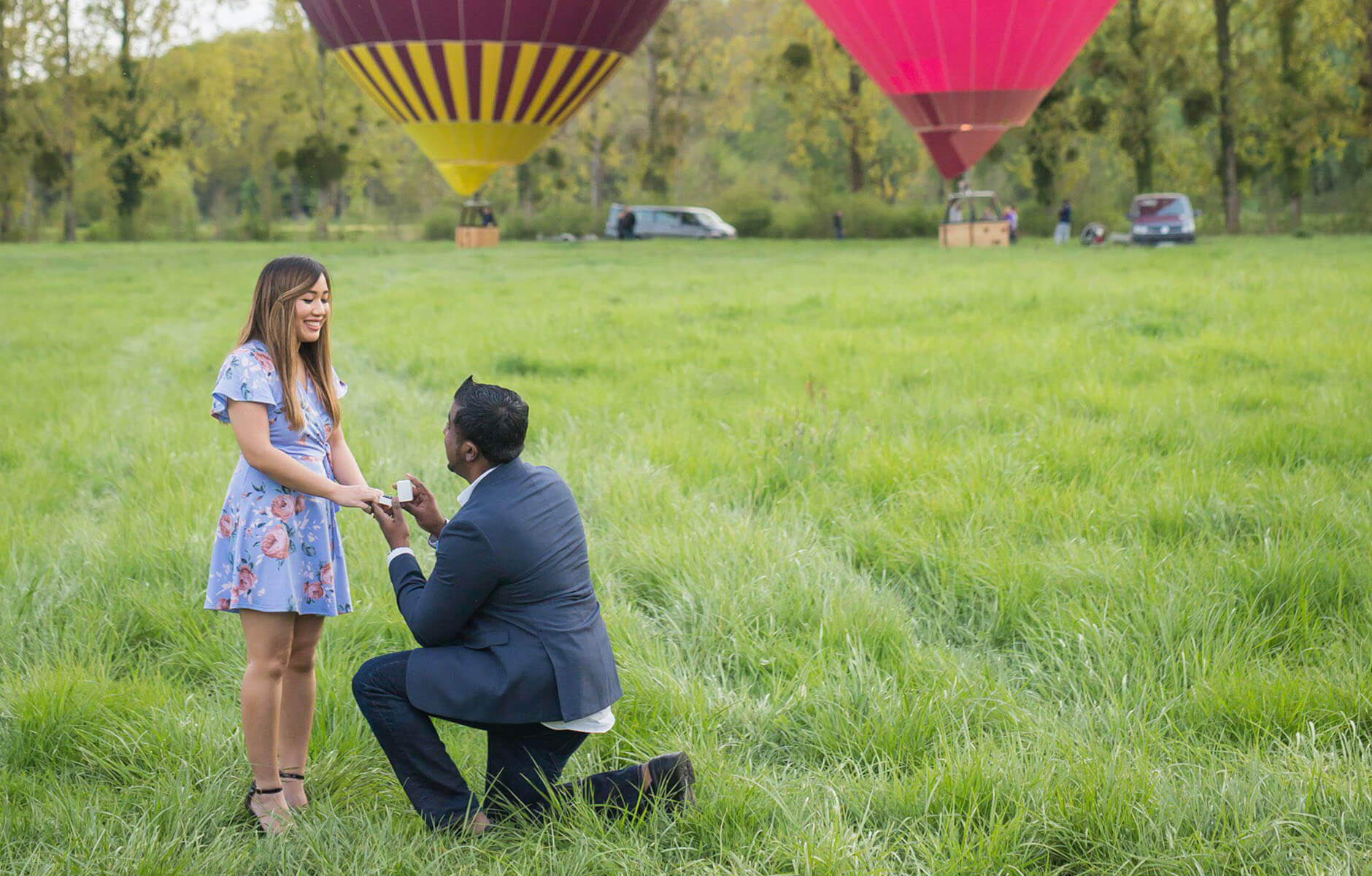 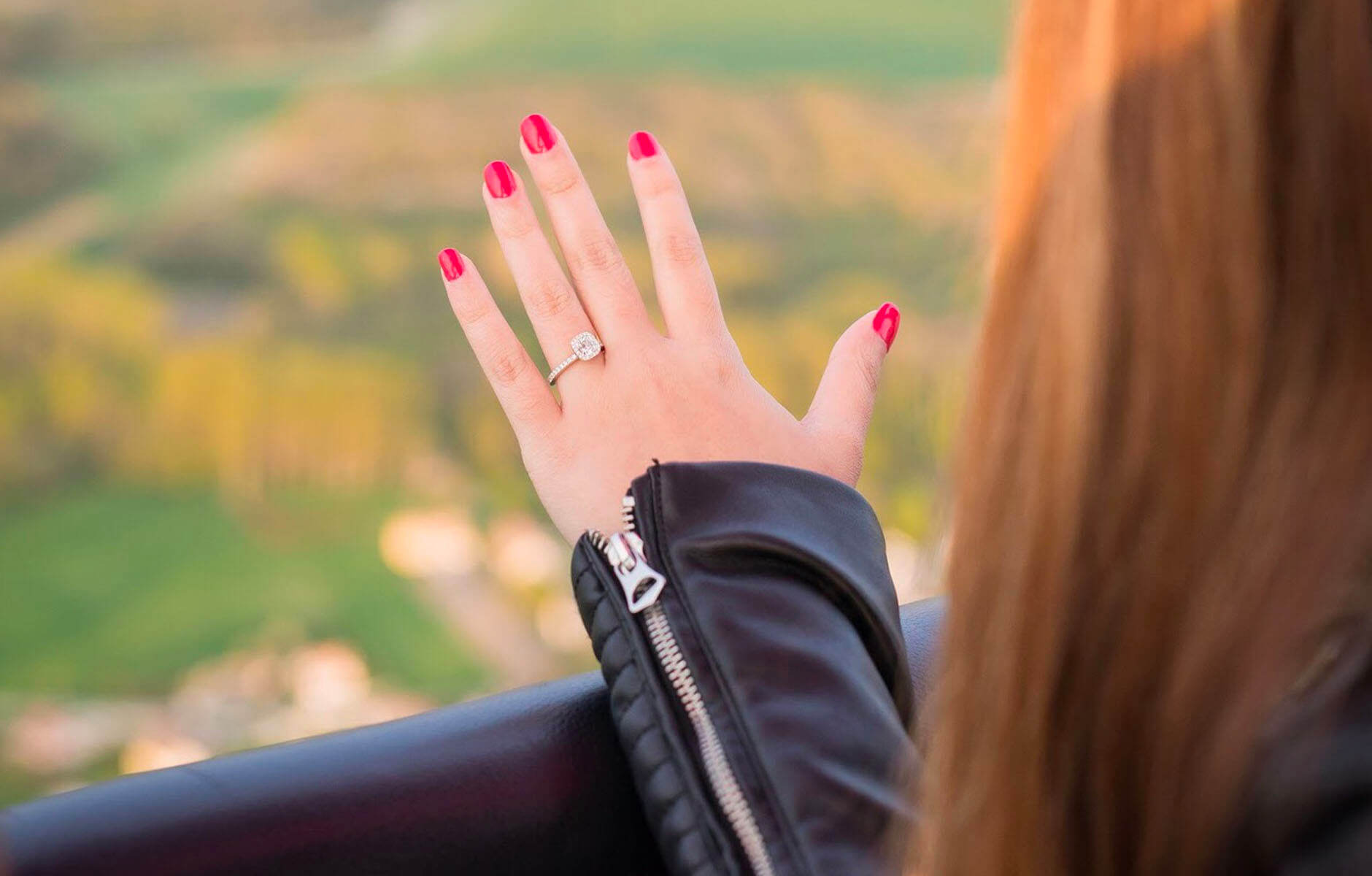 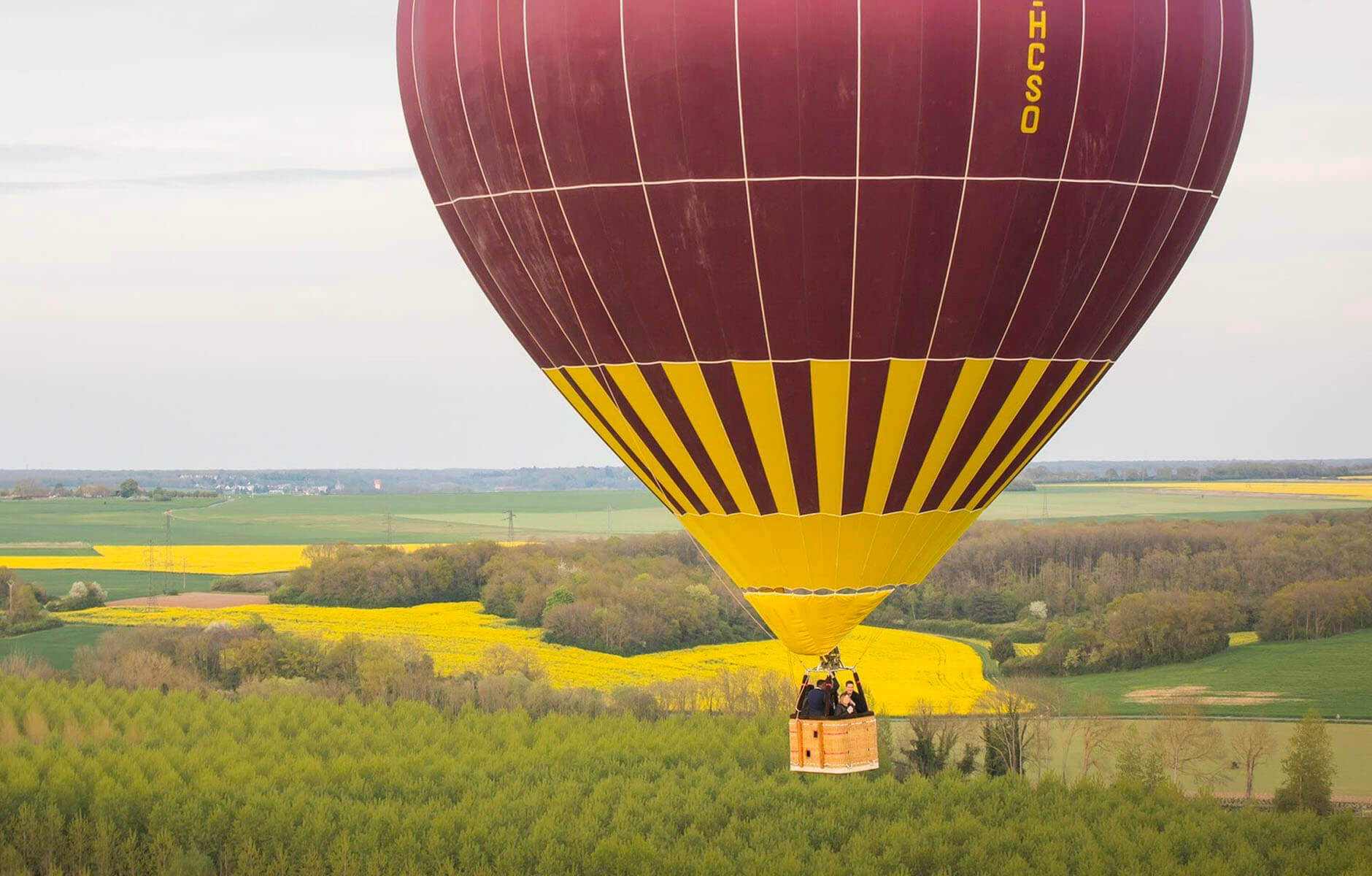 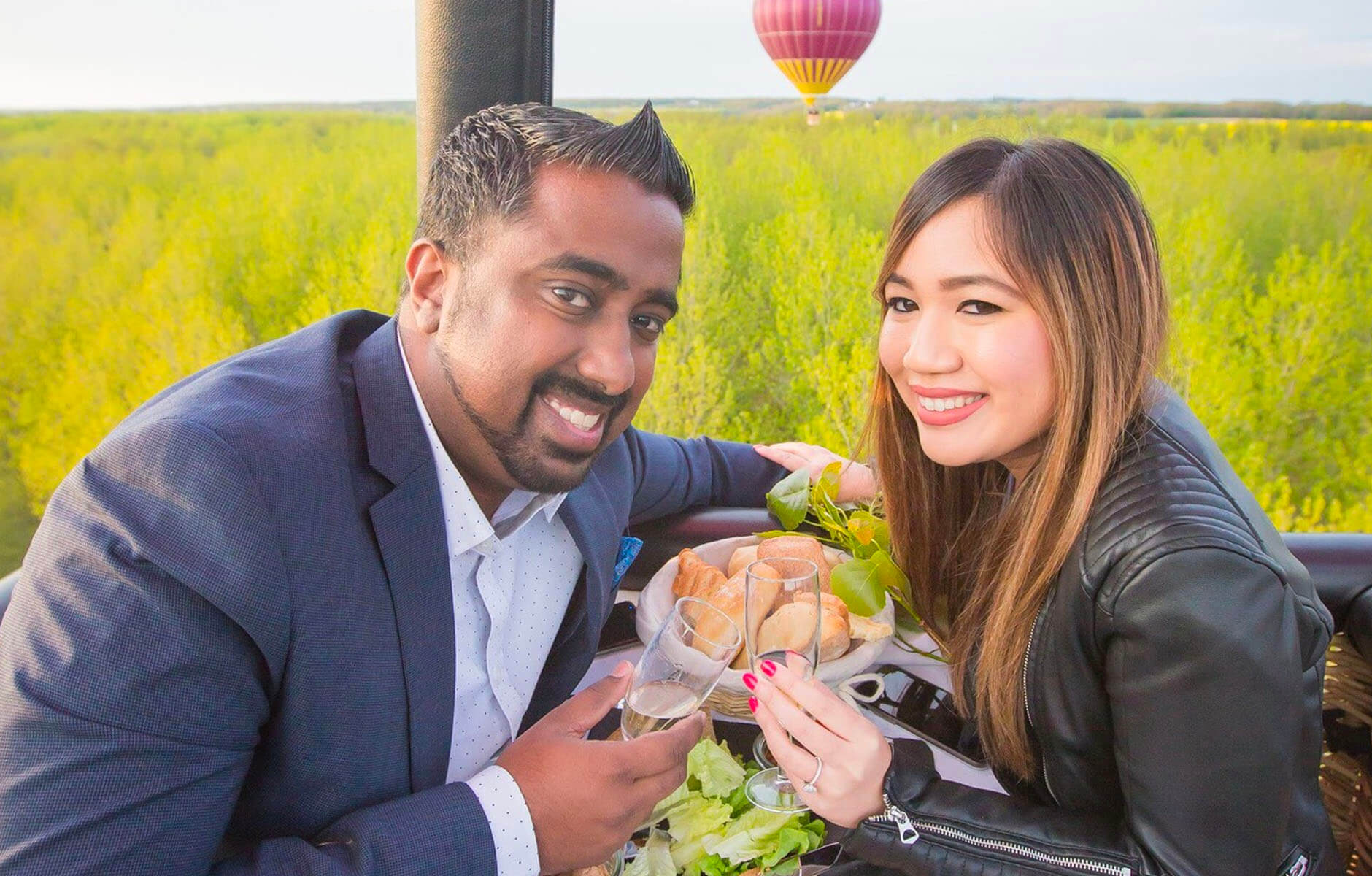 My fiancé, Noble, and I met on a rainy night 6 years ago. I had just started a new job, and my manager needed some extra help, so Noble stopped by to lend a hand. When it came time to leave, he noticed that I didn’t have an umbrella and walked me out to my car. I could tell in that moment that he was someone special.

We planned to go on a trip to Europe after I finished pharmacy school. On our first evening in Paris, I walked down from our flat and saw him standing there with roses and a Rolls Royce parked on the street. We sipped on wine and headed into the French countryside. We approached a clear field and I couldn’t believe what was in front of me. There was a hot air balloon on the field waiting for us. (Years earlier, I mentioned that I’ve always wanted to go on a hot air balloon ride.) As we walked up to the balloons, he got down on one knee and proposed! After the proposal, we got on the hot air balloon and had a special dinner complete with champagne, accompanied by beautiful views of the French countryside at sunset.

My fiancé Ruben and I met in 2010. Our brothers were good friends & one spring night we went to the town carnival where they introduced us!

One day in the fall, we impulsively booked a flight to go to Iceland the following month. It turned out to be a group trip with 10 of our best friends! Our first full day of the trip, we found this amazing natural cave in the lava columns, and our friend suggested Ruben and I take a photo in the cave. As we were taking photos, one of our friends pulled out a speaker. They immediately started playing our song, “XO” by John Mayer, and I turned to Ruben, “OMG! Do you hear what song is playing?!” That’s when he got down on his knee! All I kept repeating was “You’re kidding me! You’re lying!” He struggled to get the ring out of his pocket when he said “I can’t imagine spending my life with anyone but you, Will you marry me?” 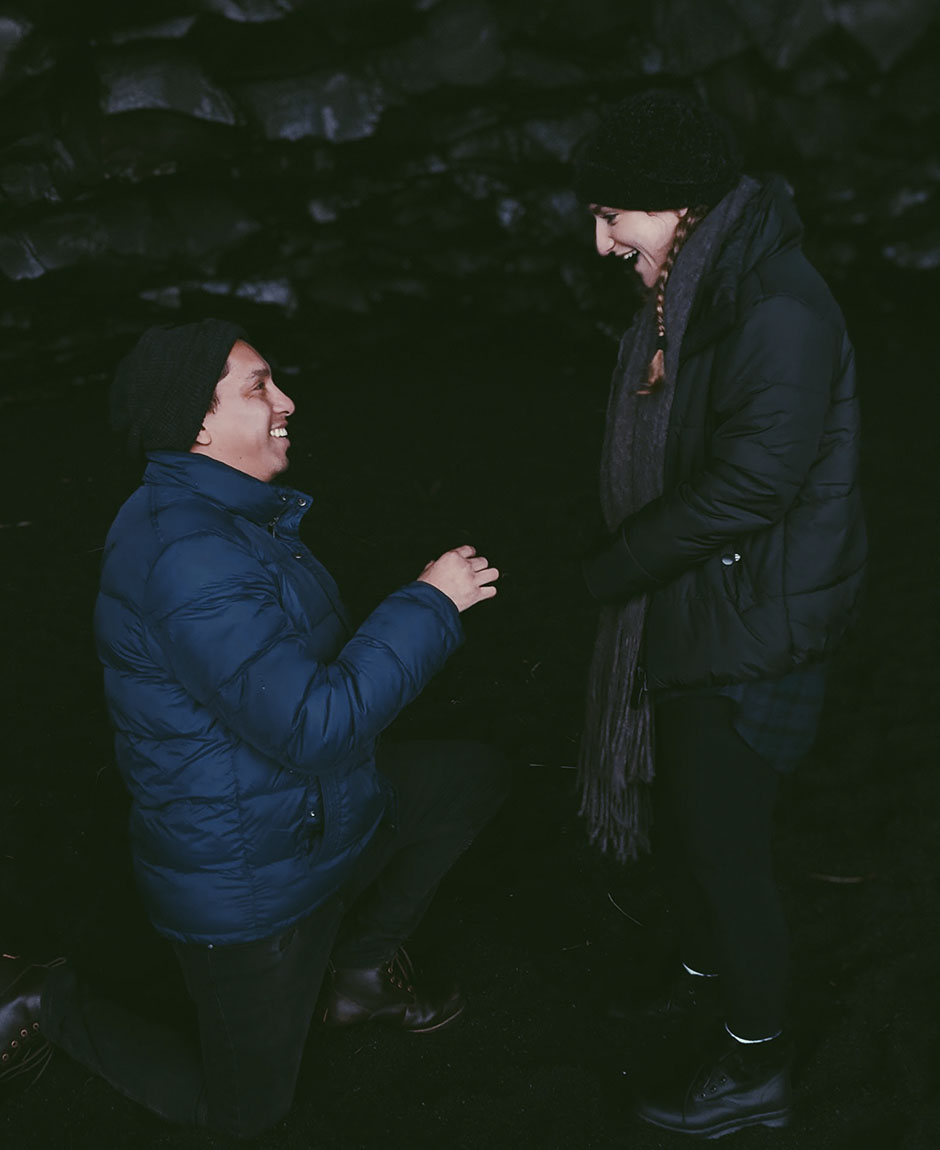 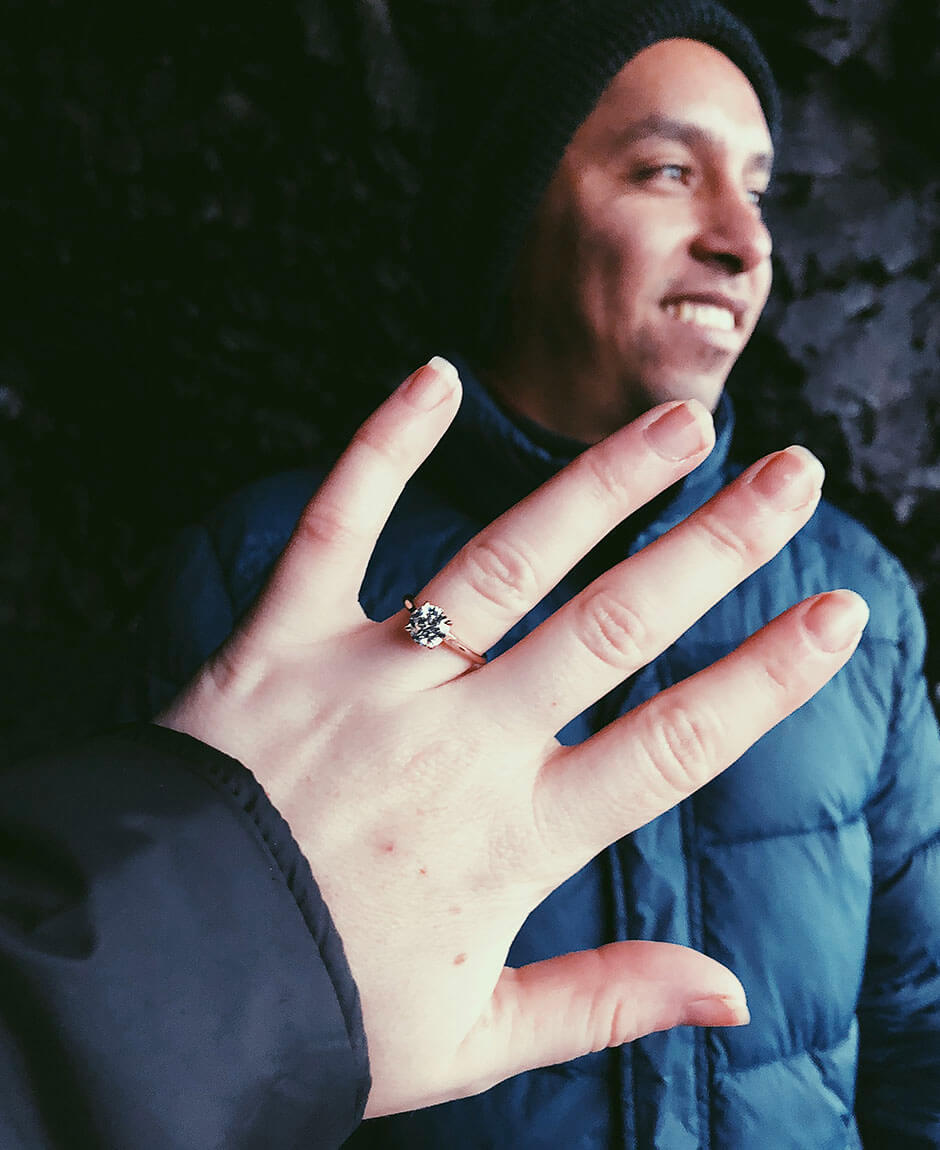 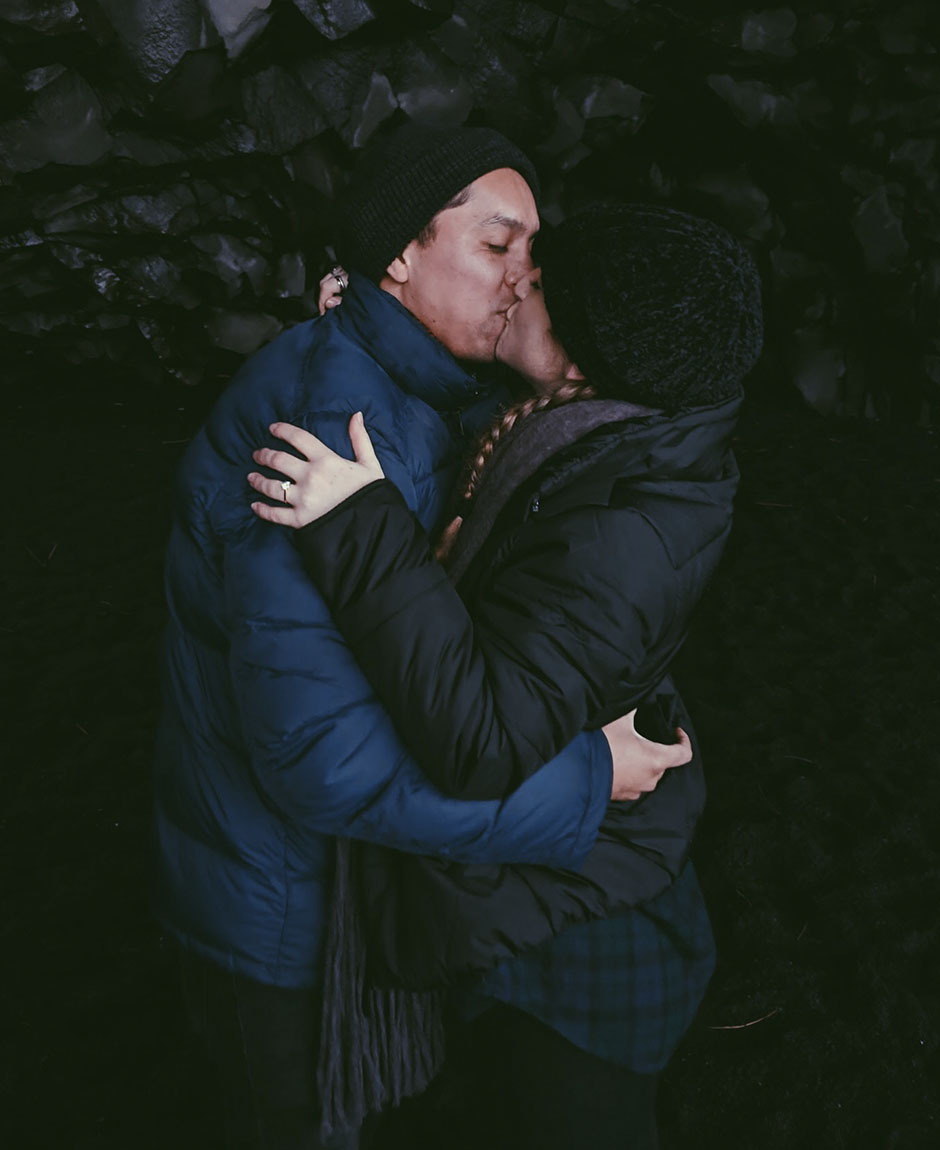