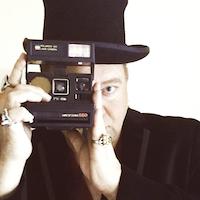 Jonathan Brooks has exhibited in Miami, NYC, Amsterdam, France, Germany, and the UK. His work was just part of an Emmy nominated short film celebrating the 50th anniversary of National Endowment for the Arts, has been displayed at The Louvre, used as decor in a 20TH Century Fox film, and was featured on the CW's hit series The Vampire Diaries.