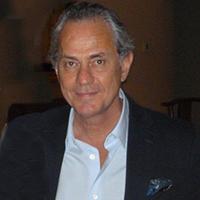 Alain Castoriano graduated from the prestigious Ecole National Supérieur des Arts Décoratifs in Paris with a specialization in Visual Communication. For more than two decades he has been working as an art director both in France and the United States. He started his career as a painter in 2004, with his first solo exhibition in 2005 in Paris. Since then he has dedicated most of his time to painting, catching the attention of a growing number of collectors. He has lived in Miami since 2006.