Sunny watercolor hues, mid-century modern curves, and la piña are some of the elements you’ll find in Elizabeth Sanchez’s work, but that doesn’t necessarily mean you can summarize her work as “Floridian art.” Instead, Elizabeth describes her work as a “melting pot of various cultural influences.” The Minted artist who goes by the moniker Alex Isaacs Designs (named for her brothers), lives in Estero, Florida, an area known for white sandy beaches and lush fauna and flora.

“My art is heavily influenced by the places where I’ve lived: Colombia, Palm Beach Florida, and Southwest Florida,” Elizabeth says. “From Colombia, I bring on a tropical color palette and Caribbean flair. From my years living in Palm Beach, I get my affinity for all things Palm Beach Chic: Chinoiserie, the revival of Hollywood Regency glamour, and the quintessential preppy chic.” 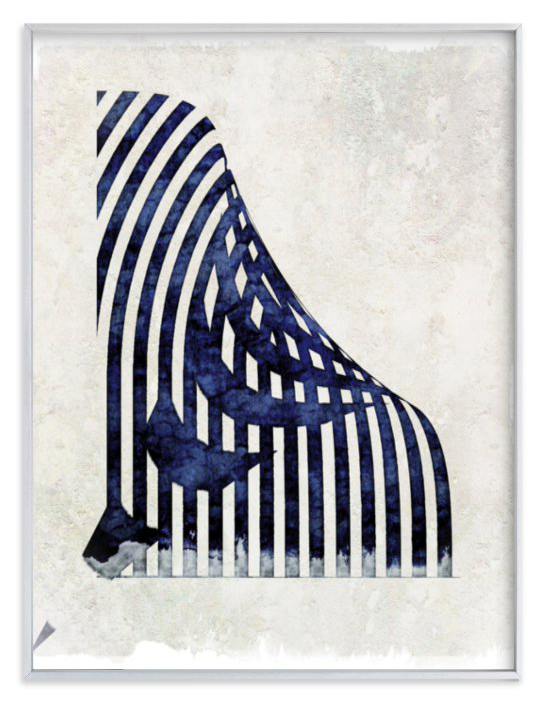 A full-time artist who lives in something akin to tropical paradise, it’s hard not for Elizabeth to be inspired by the lush beauty that surrounds her. Her work is also influenced by some of her earliest memories, which are marked by family trips to the Sierra Nevada of Santa Marta and the Tayrona National Par, a unique area of Colombia with a large mountain and gorgeous beaches. Elizabeth’s father loved traveling to wild, uninhabited locales and exotic locations. “We never had an ordinary childhood vacation,” she recalls. “These strong childhood memories marked my love of color.”

On Elizabeth’s Minted Artist Store, you’ll find art prints that evoke magical realism—a combination of abstract watercolor paintings, illustrations, and digital paintings. “My creative process is ongoing. I always keep a small notepad with me so I can jot down creative sparks that I come upon in unexpected places: A striking color combination while waiting in line, a captivating word that would be perfect for a title for painting. I take snapshots wherever I go.” 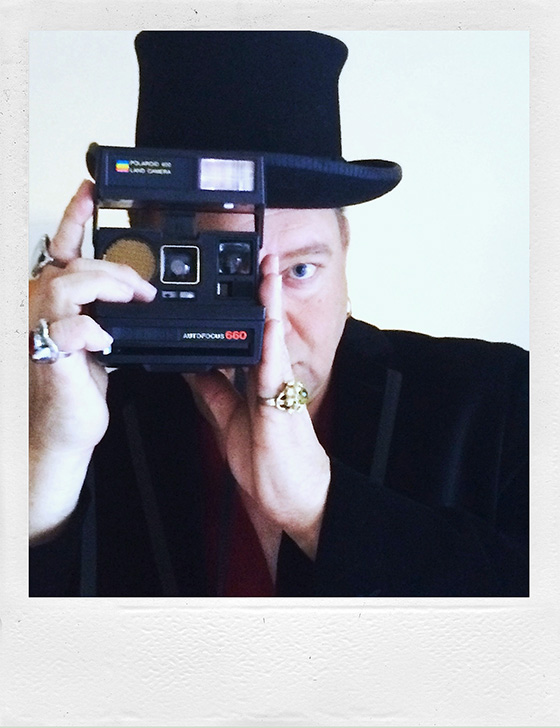 Jonathan Brooks’ photographs are dark, but they’re also about finding beauty in that darkness. His work covers subjects like skeletons and skulls, but he also photographs peaceful, natural elements like flowers and palms. In Jonathan’s words, his work explores mortality and our journey, and he loves contrast—as in, light and dark, black and white, life and death, beauty and darkness. “Everyone’s seen a beautiful sunflower—I’ll shoot it when it’s half dead and look at the stages of its life,” he says, mentioning his series of photographs of leaves on his Minted Artist Store. “I wanted to make the dead leaf in ‘Brown Leaf Study #1’ look beautiful. We’re here for a short time, but there’s a beauty in every part of the journey.” 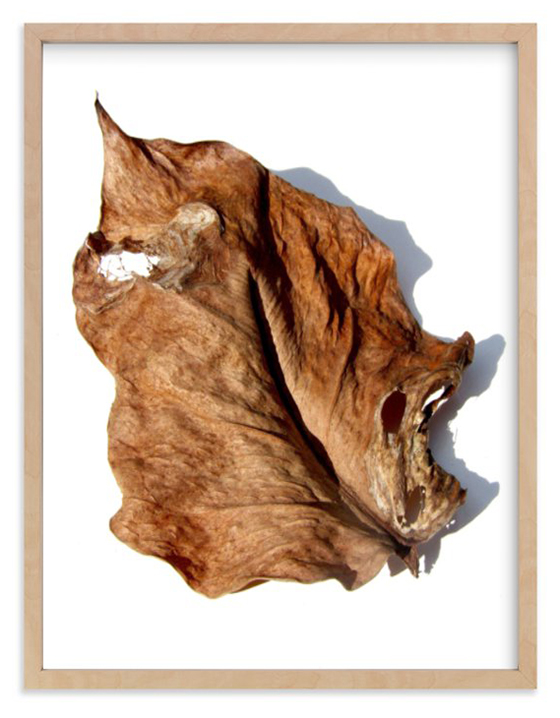 In talking with Jonathan, you’ll find that he’s upbeat and optimistic, but he’s also reflective and thoughtful. He’ll tell you about how his passion for photography began nearly 25 years ago, but he hasn’t been able to focus all of his energy into the work for all of those years. For many of them, he worked full time as a Representative for Eastman Kodak during the transition from analog to digital photography, but when the economy took a downfall, he was forced to simultaneously work a variety of part-time jobs. Then when his father passed away nearly five years ago, he decided to put art at the forefront of his life once again. In recent years, his work has been shown at the Louvre and included in the Emmy-nominated short film series United States of Arts, in addition to The Vampire Diaries (many his works from his skull series were cast as the creations of the character Sarah Nelson.)

Jonathan was born and raised in Miami, the son of a Cuban mother and a Midwestern American father. In addition to art, he wrote and self-published a book called The True Cuba, funded on Kickstarter. The work of his photography idol Herb Ritts and film idol Alfred Hitchcock are apparent in much of his current work. As for what’s next for Jonathan, he’s exhibiting at several local events in Miami, completing an Artist in Residency program at the Deering Estate at Cutler, and looking into getting his photographs printed on clothing and other merchandise. 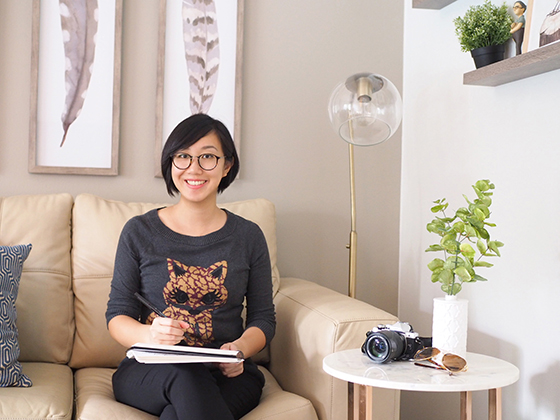 Like a number of graphic designers, Thanyaluck Niphatkosalsilp of IAmTanya had never heard of graphic design until her final year of high school in Chiang Mai, a northern province of Thailand. In the midst of researching potential universities to apply for, she discovered design was a field of study, and that a-ha! moment steered her path to date. But that doesn’t mean she didn’t show designer characteristics early on. As she tells the story, in 1998, she used Microsoft Paint to create a birthday card for her cousin. “I started feeling obsessive in making other stationeries for my mom and relatives such as notepads, thank-you cards, birthday cards, and Christmas cards,” she says.

And before then, as a self-described shy kid, she spent a lot of time drawing cartoons in her parents’ offices—both were professors in Thailand. At age 10, Tanya’s art teachers encouraged her to enter an art competition, and to her surprise, she won first place. “That experience totally changed the way I thought of myself,” she said. “I was not the smartest student in a classroom, but at least I knew I had a skill that I could be proud of. I continued participating in art competitions whenever I had a chance.”

Tanya went on to earn her master’s in graphic design in San Francisco, and she and her husband now live in Miami, where she works from home, part-time as a graphic designer for a luxury brand, and dedicates the rest of her time to producing design and art for Minted. A prolific Minted stationery designer, Tanya says she’s learned a lot since joining the Minted community in 2013. “Minted artists inspire me in so many ways,” she says. “After I graduated, my job barely required hand-drawing or painting skills. Entering Minted Challenges has brought this skill back to me.”

About the Author: Amy Schroeder, Minted’s Community Content Manager, founded Venus, the magazine about women in the arts and DIY culture, and has written for Etsy, West Elm, Pitchfork, and NYLON. Connect on Instagram @thevenuslady.

Comments Off on Florida Minted Artists to Watch 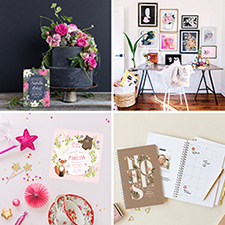 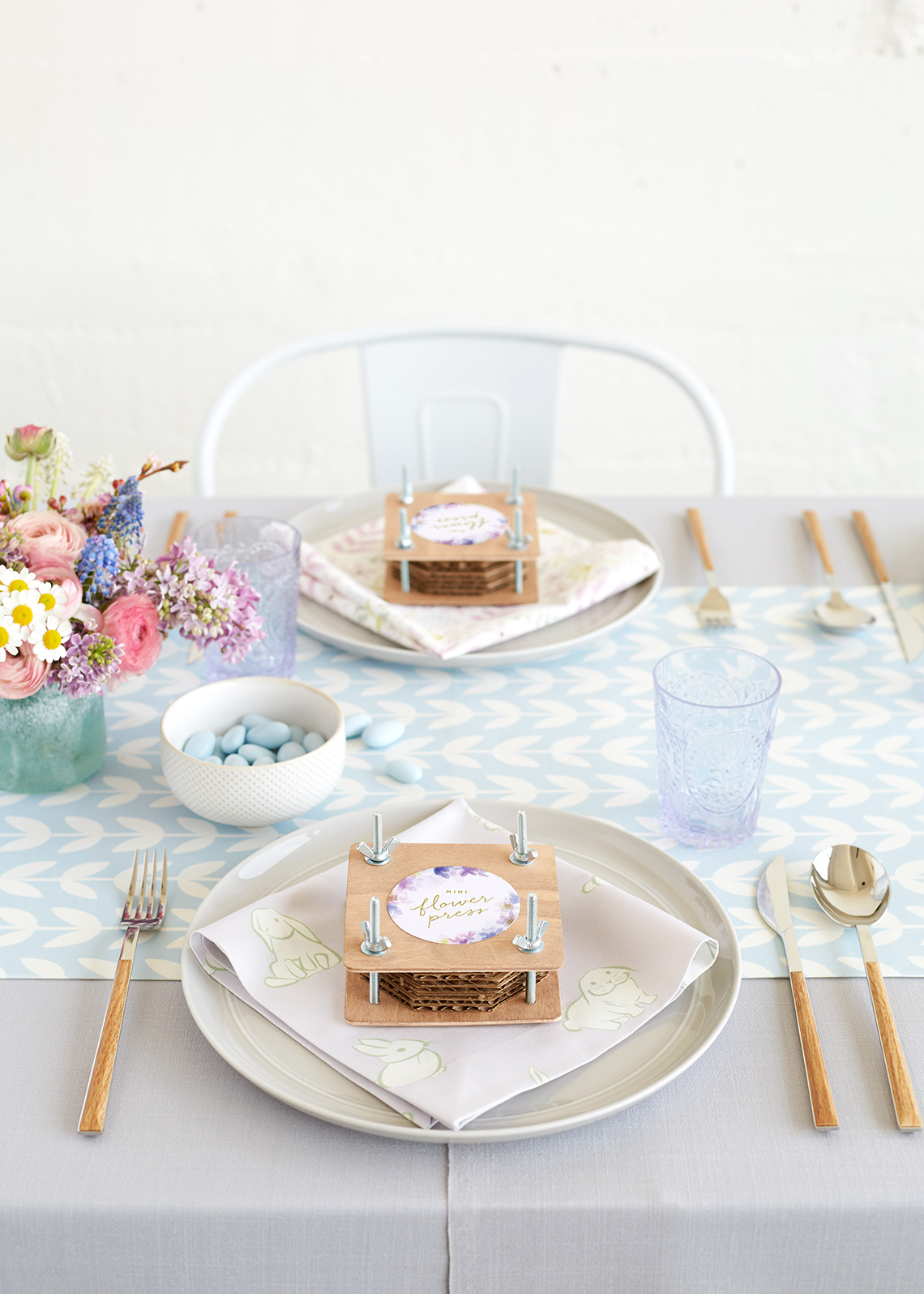